Hands off the Middle East 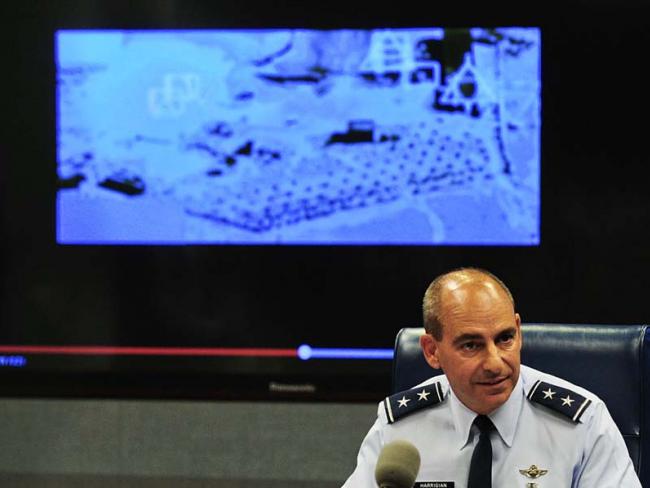 Pentagon briefing on the attack on Iraq and Syria, 29 September. Photo US Air Force.

Parliament disgraced itself when it voted in October, by 524 to 43, for another assault on stricken Iraq – “making the rubble bounce”, in the US Air Force’s unsavoury phrase.

MPs have now provided the justification for an attack on Syria, which they rejected in 2013. In the tragic chaos of the Middle East one thing is clear. We make the situation worse by our violent interference. Only the countries and peoples of the region, with goodwill, can solve their problems.

The former US representative to NATO, Kurt Volker, warns that drones nowadays “allow our opponents to cast our country as a distant, high-tech, amoral purveyor of death. It builds resentment, facilitates terrorist recruitment and alienates those we should seek to inspire.”

The US-led invasion has rendered each part of Iraq unable to act with or for the whole due to the sectarianism sponsored by the invaders. Only the Iraqi people, not US and British bombs, can put that right – when eventually they tire of sectarianism.

In Syria, the US is conspiring with the “Free Syrian Army” with the aim of overthrowing Assad, the main object of sanctions. This provides direct and indirect support for the so-called “Islamic State”, the ostensible target.

Discussion meeting (via Zoom): Global Britain - a green light for aggression?
AUKUS: the path to war
No end to foreign attacks on Yemen
Iraq: US ends combat ops
No more imperialist wars!