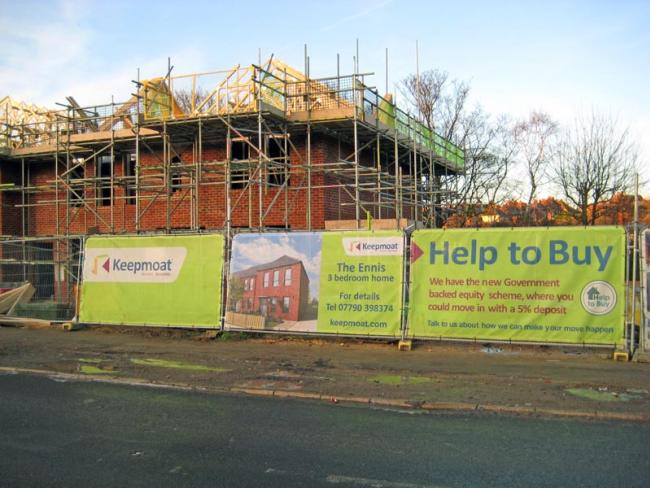 Despite the hype, how vibrant is private capitalist enterprise? Not very, if you take into account how many business sectors depend on state handouts before they are willing to produce products or assets.

Thanks to data journalists on the Sunday Times newspaper, yet another example of such dependency has come to light – in house building. The journalists have laid bare how much house-building companies benefit from government injection of state funds into the Help to Buy scheme for first-time buyers.

The scheme ensures that developers and housebuilders benefit from billions of pounds in taxpayer-subsidised loans. The buyers put down a 5 per cent deposit, then the government provides a loan of up to 20 per cent of the price of the new build home, or 40 per cent for properties in London. The Help to Buy loans are made to buyers, but the proceeds are passed on to builders through property prices.

More than £6.7 billion has been paid out under Help to Buy so far. In October the Chancellor announced an additional £10 billion for the scheme. And housebuilders are getting rich.

A billion for Barratt

Barratt Homes, Britain’s biggest housebuilder, has received more than £1.1 billion since the Help to Buy programme was launched in 2013, getting £370 million in its latest financial year. The average costs of a Barratt home rose from £194,800 in 2013 to £275,200 this year. The company’s share price has more than doubled since the programme was introduced.

Persimmon and Taylor Wimpey are estimated to have received a combined £600 million in their latest financial years. Berkeley, which focuses on the London market, got £23 million for selling 157 properties.

Contemporary capitalism relies more and more on feather-bedding and handouts from the state to produce profits, otherwise it is less and less able to generate products or services.