How free movement is wrecking Romania 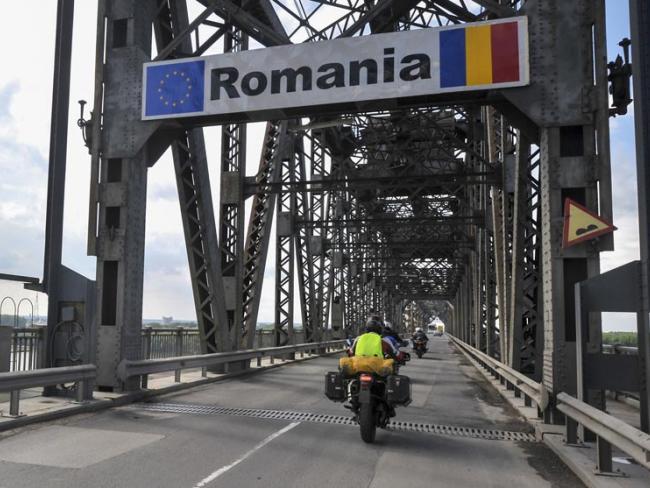 In February this year there was a short news item in the Romanian news. An American automotive parts producer, Delphi Packard, announced that it was shutting its factory in Moldova Noua, in the south west of the country, because it can’t get enough workers to enable full production.

That item didn’t make it into the newspapers here. That’s hardly a surprise: there’s been plenty of discussion about the effect on Britain of the EU’s free movement of labour – but little about its effect on the countries whose workers come to Britain to work. Those who champion free movement seem oblivious to the wreckage the policy leaves behind.

The 700 or so workers who were employed in the factory will swell the ranks of the local unemployed or, more likely, join the millions of their compatriots who have gone abroad in search of work.

The old and children

Romania has become a country populated mainly by the old and by children. Working-age adults are thin on the ground, except in August and around Christmas, when they come home for a visit.

And land prices have slumped, says a September 2018 report by Colliers International. Properties in the capital Bucharest are just 50 per cent of their 2008 values – that’s one year after Romania joined the EU.

While the British press is piling up scare stories of Jersey potatoes left to rot in fields when free movement to Britain ends, the nightmare of labour shortages has already hit Romania.

Describing an idyllic Bruegel-like harvest scene in the country’s Maramures Valley, Times travel writer Chris Haslam noted this year, “Look closer, though, and you notice that unlike Bruegel’s depiction of strapping youths and comely maidens, nobody in these fields is under 50 years old.”

The young have gone. “The kids have left,” one farmer sighed to Haslam. “My son is driving a delivery truck in Peterborough.”

Since Romania became part of the EU in 2007, 3.7 million Romanians have left to work abroad (though they are still counted officially as part of the population). To put that number in perspective, in 2007 the working age population amounted to 14 million, so around a quarter of the country’s workers have gone.

Many of those who left did so after 2014, when all restrictions on movement for work within the EU were lifted for Romania (and Bulgaria, which joined the EU at the same time as Romania). Before 2014 some countries required work permits. Others, such as Ireland, had allowed unrestricted movement since 2012.

The result was an outpouring of workers – not just into low-paid unskilled manual work. It affected skilled workers, too. In the professions, where work permits are easier to come by, the exodus started even earlier.

“If you think that the situation is bad in Bucharest, in the rural areas it’s tragic.”

And it came swiftly. One of the most acute areas of labour shortage is in medicine. For all the talk of an NHS crisis when Britain leaves the EU, the real crisis is in countries such as Romania. Between 2011 and November 2013 fully a third of Romania’s hospital doctors left the country.

No wonder Professor Vasile Astarastoae, president of the Romanian College of Physicians, talked to The Guardian about “a major crisis”.

“If you think that the situation is bad in Bucharest, in the rural areas it’s tragic,” he said in an interview, this time to the Financial Times in January 2014. “Those who used to operate there are now filling the gaps left from those who have migrated abroad.” In many rural towns and villages there are no doctors at all.

A year later, Viorel Husanu, president of national healthcare union Sanitas, told the news agency Agerpres that half of Romania’s doctors had left – 14,000 of them, along with 28,000 nurses. According to Deutsche Welle, Germany’s public international broadcaster, they were joined by 43,000 pharmacists. Estimates suggest that the bulk of the doctors have gone to Germany, France and Britain.

By 2017, even The Independent was reporting that a third of hospital positions in the country are lying vacant. In March this year, the government responded by raising medical salaries by 70 per cent, though Romanian doctors will still be able to earn two to three times as much by working in France, Germany and Britain, for example.

In order to fund the rise, the government hiked employees’ social security contributions by 25 per cent (at the same time as reducing employers’ contributions).

Romania is also haemorrhaging researchers. Around 20,000 now work abroad, according to the Romanian Association for Health Promotion – proportionately, as large a loss as the flight of doctors. These include many of Romania’s best scientists, which makes it harder for those left behind to gain science funding from the EU – virtually the only source available.

Added to this, around 300,000 young Romanians have chosen to study abroad, in search of better education and better job prospects after they graduate. The result is a decimation of the talent available to the country.

And there’s a further twist of the EU knife. With its skilled workers lured abroad and its economy severely damaged, Romania has become almost totally dependent on the EU. Most of its public funding – 70 per cent – comes from the EU’s regional funds (for comparison, EU regional funds account for 5 per cent of Austria’s spending). And 70 per cent of its exports go to other EU countries.

Meanwhile, a report from a German political institute, the Friedrich Ebert Foundation, in 2014 suggests that the outflow of workers is set to continue. Almost 80 per cent of young people (15 to 29) polled by the institute wanted either strongly (42 per cent) or very strongly (36.9 per cent) to be established outside Romania within 10 years.

That is the EU, destroyer of nations.

…and union rights attacked too

It’s been well documented – and not just in Europe – that when the global financial institutions impose “structural adjustments” it leads to an increase in migration. Romania has had more than its share of these “adjustments”. You’d almost think that encouraging migration was a deliberate policy.

When the financial crisis of 2008 struck, Romania was hit hard. Cap in hand, it went to the EU and asked for €20 billion to keep itself afloat. The “Troika” (European Commission, European Central Bank, International Monetary Fund) that asset-stripped Greece was happy to oblige.

But there were conditions (as in Greece): workers’ rights, both individual and collective, were savagely cut. As the Institute of Employment Rights reported in 2016, new provisions made it easier for employers to hire and fire, as well as introduce “flexible” employment contracts.

That is the EU, destroyer of trade union rights.