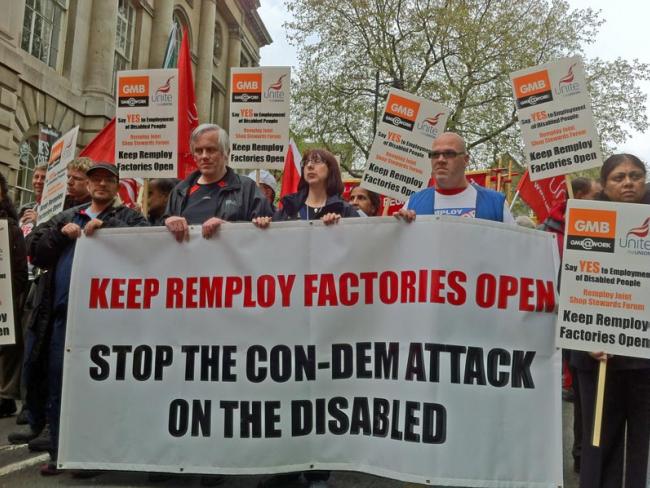 Remploy workers leading London’s May Day march in 2012 in their ultimately unsuccessful campaign to keep their jobs. Photo Workers.

More than 1,500 disabled workers making products such as school furniture and wheelchairs lost their jobs at Remploy factories when the government closed the plants in 2013. New figures show that nearly half – 733 – made redundant still remain out of work.

At the time the factory closures were announced, the government said it would continue to do everything it could to support them in finding new jobs.

Remploy was set up in the 1940s to give disabled war heroes and miners a job for life. Over the next 70 years they provided work for thousands of people with disabilities.

But the government closed the last of the 92 factories in 2013, while pledging £8 million to help former staff back to work. Of the 1,507 people who were made redundant only 774 are currently in work.