Italian scientists take a stand against the ECJ 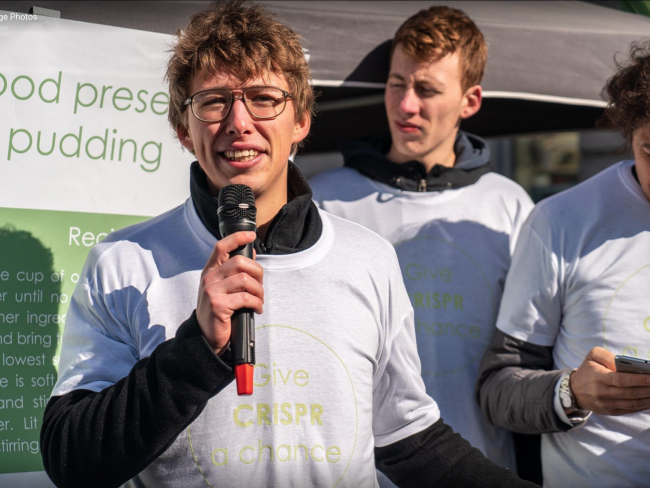 Italian scientists staged an unusual event in Brussels last week – they ate rice pudding in front of the European Parliament. But not just any rice pudding: it was made with rice harvested from plants developed with the gene-editing technology known as CRISPR.

CRISPR is a revolutionary technique that allows scientists to snip out a genetic sequence and insert a new one. It opens up the possibility of cures for hitherto intractable genetic diseases, including Huntington’s disease and cystic fibrosis. And it allows scientists to develop more efficient crops.

But in July last year the European Court of Justice – against all expectations and solid scientific advice – resolved that anything created with gene-editing organisms had to be treated like GMOs, genetically modified crops. That makes them subject to such restrictive and expensive conditions that it’s hardly worth creating them, say scientists.

At the time, research institutes, farmers and companies in the UK wrote an open letter to the government denouncing the restrictions, and calling for clarity from the government about how Brexit might free them up to do this research. But since then the research community – perhaps anxious not to be seen as indicating that Brexit might be in any way positive – has been silent on the issue.

Not so the Italians, who have organised Science for Democracy  to pursue their cause. That organisation is itself a development of the Italian body Associazione Luca Costioni, founded in by a researcher with amyotrophic lateral sclerosis, a rare degenerative (and currently incurable) neurological condition.

As the Italians report, the Belgian authorities were not amused, and tried – unsuccessfully – to seize the rice pudding before it could be eaten. But they seized samples and have summoned the demonstrators to appear in Brussels on 2 April.

And in a final ironic twist, it appears that gene-edited products, including crops, might be freely imported into the EU  from the US because trade agreements specify that if the US deems a product not to be a GMO, then it cannot be treated as such in the EU.

You might almost think that the European Court of Justice is working for the US, not for the peoples of Europe!