A liveable state pension for the older generations? 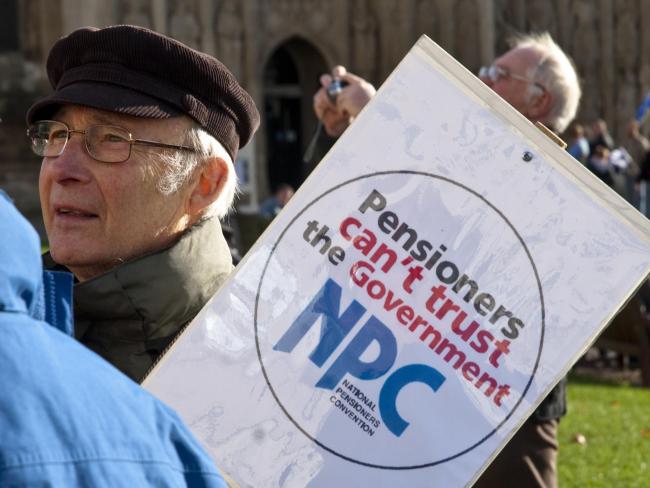 If you haven’t heard, 1 October is Older People’s Day, when the National Pensioners Convention will make the case – in leaflets to be distributed across the country – for a state pension that people can live on.

The Convention is calling for the basic state pension to rise from the current £6,209 to £10,000 a year. Given that the parliamentary parties have been unwilling to commit to achieving that figure even within the lifetime of the current parliament, it is clear that not only pensioners but also the wider working society will need to give a great deal of thought about how best to force a significant advance. Politicians are content to patronise but ignore pensioners

The organisation is planning leafletting days, protests and lobbies of parliament, all of which have been done before to little positive effect. Is it possible to link millions of pensioners into a credible force? Are any new tactics available? Do those at work have to be involved in raising and forcing the issue?

With good occupational pensions in decline or under attack, and with auto-enrolment unlikely to deliver huge sums for future retirees, a higher state pension that people can actually live on will be crucial. Otherwise old people will face crippling poverty in old age.

One thing for certain is that it will have to be fought for and imposed over the opposition of the political establishment.