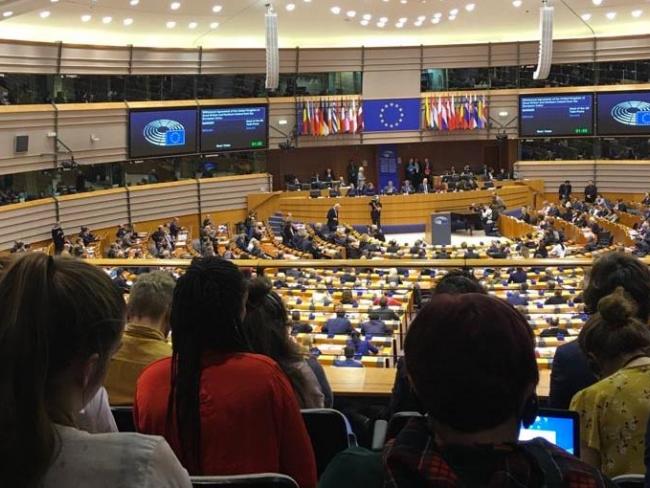 The chamber during the final debate on Britain’s withdrawal from the EU. Photo Workers.

On 29 January MEPs ratified the agreement for the withdrawal of the UK from the EU, by an overwhelming majority. The votes were: 621 for, 49 against, 13 abstentions.

Before the historic vote MEPs debated the matter for two hours. Not that it made any difference: whatever the formal position, nothing the European parliament could do stop Britain leaving.

But the whole debate showed how deeply ingrained hostility to nation states is in Brussels. During debates a digital board gives the name of the current speaker and those still to speak. Beside each name is the EU group to which the speaker is affiliated, but there is no indication of their nationality.

Until recently MEPs could use a small flag on their desks to indicate their country of origin, but the current President of the EU parliament, David Sassoli, has banned all national flags and other national symbols from the chamber. It is now difficult for observers of the EU parliament to know the nationality of speakers.

During the debate Guy Verhofstadt, the EU parliament’s Brexit spokesperson, and several others said that the lesson of Brexit was that more centralisation and uniformity are needed. One speaker said that pride in being European must supersede any sense of nationalism.

Brexit Party leader Nigel Farage used his last speech in the EU parliament to highlight this latest attempt by the EU to belittle national sovereignty and distance MEPs even further from the people who vote for them.