Ministers plan yet another insult to Brexit 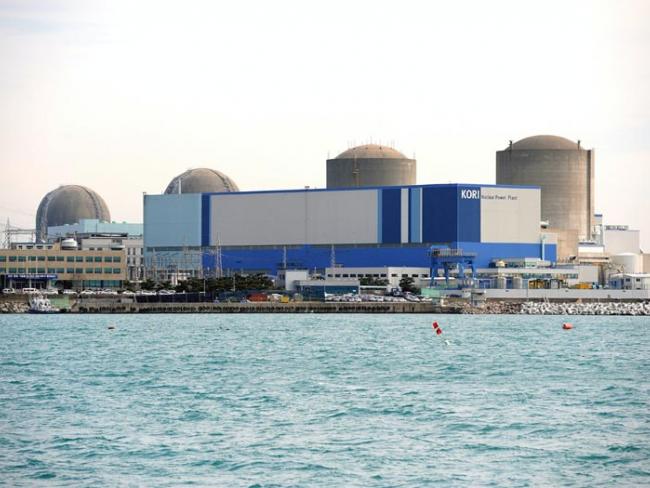 The latest example is in nuclear energy, where the government is set to contract out the country’s energy security to South Korea.

Day by day in sphere after sphere of British life a continuous flow of news is showing that our independence is being undermined – by the political leadership of our own state. The latest example is in nuclear energy, where the government is set to contract out the country’s energy security to South Korea.

Britain needs to boost its energy supplies including from nuclear power sources. So how do Boris Johnson’s supine Cabinet and ministers respond? Not by developing Britain’s own national capacity to gain greater self-reliance. Not through a reconstituted British Nuclear Development Company to kickstart skills and to establish expertise among British workers. Why not? Because that would require a belief in the capacity of Britain – and a government that serves the interests of people here. The government’s levelling up propaganda was and is a con trick, not only for regions but also the whole country. Clearly, it wants to level down expectations.

Newspaper reports have just revealed that the government is in talks with South Korea to build a new generation of nuclear power stations in Britain. Kwasi Kwarteng, the business secretary, has met with the state-owned Korea Electric Power Corporation to discuss investment in the British nuclear industry.

Evidently, the government can do business with foreign state-owned companies, just not create state-owned British ones. Johnson wants up to eight new nuclear reactors to be built by 2050 to supply up to a quarter of projected electricity demand. His government’s solution (yet again) is thoroughly anti-Britain.

Home-grown nuclear power sites are a crucial aspect of independence and a way of achieving greater energy security. But while the government talks about “Global Britain”, its instinct is to go for anything but British. Never mind that it is repeating all the previous errors in nuclear when governments turned to French and Chinese companies interested mainly in ripping Britain off by dubious contracts.

And the government has even introduced a new financing mechanism aimed at nuclear sites, allowing developers to recoup costs in advance. And they call this “investment”! If South Korea Electric Power gets a deal, it will be laughing all the way to the bank.

If a government consistently works for the economic interests of foreign countries rather than aiding its own people, then grumbling, petitioning, appealing are no good: it must actually face bitter revolt from the people. Nothing else will do

Scientists, planners, researchers, members of industrial unions, Brexit supporters, anyone who cares about a future for Britain – everyone who can must combine and push for the establishment of a new British nuclear power organisation. And in such a concerted way that government has to drop its plans and cave in to national sentiment.

Tech sovereignty and the working class
Keep land for food
Minerals and the future: the new dig for Britain
Energy security – essential for independence
A way forward for workers