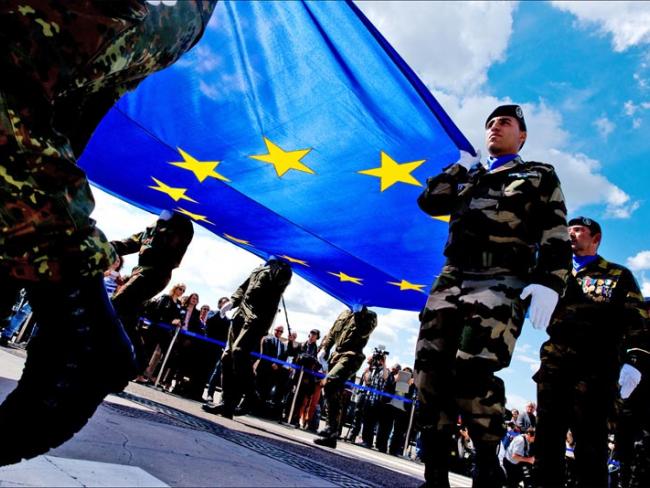 Yoram Hazony, an Israeli philosopher and academic, makes the case that sovereign nation states are the best form of political organisation for defending freedom. It’s an interesting and thought-provoking read, though not without some serious flaws.

Nationalism in his view “is a principled standpoint that regards the world as governed best when nations are able to chart their own independent course, cultivating their own traditions and pursuing their own interests without interference.”

Hazony contrasts this to imperialism, which he describes as wanting to bring the world under a single political regime in the name of peace and prosperity. That takes decision-making away from independent national governments in favour of international bodies.

Hazony argues that after the fall of the Soviet Union the debate between nationalism and imperialism became relevant again. Western politicians turned to two great imperialist projects: the European Union and the US world order.

In his words, the EU “has progressively relieved member states of many of the powers usually associated with political independence”. The US is little different: nations that do not abide by international law are coerced, mainly by American military power. As he says, “This is what empires do. They offer peace in exchange for the renunciation of a nation’s independence…”

These projects have many euphemisms: “new world order”, “ever closer union”, “globalisation”, “the international community”, “working class internationalism”, “global cosmopolitanism”, “subsidiarity”, “no borders”, “world citizenship”, “the end of history”, and so on.

Under the Maastricht Treaty decisions are taken by EU officials. There is no barrier to the constant reduction of the authority of the member national states other than their self-restraint, which does not exist.

The EU bureaucracy, backed by European courts, has consistently extended its powers over member nations in economic policy, public health, communications, transport, the environment, and many other areas. Hazony describes the EU principle of subsidiarity as “nothing other than a euphemism for empire…the nations of Europe are only independent insofar as the European government decides that they will be independent.”

The EU does have a powerful central government, despite pretending the opposite. Its directives are legally binding on member states. “Transnationalism” and “pooled sovereignty” are therefore not brilliant new political theories. They are simply a return to Europe’s imperial past and the EU has become “a German imperial state in all but name.”

Hazony suggests that “liberal-imperialist ideas have become among the most powerful agents fomenting intolerance and hate in the Western world today.” As evidence for this he cites the abuse and denunciation heaped upon the British public and its elected leadership for our determination to seek independence from the EU.

He explains that from a liberal point of view, “the unification of Europe is not one legitimate political option among others. It is the only legitimate opinion to which a decent person can subscribe.”

The unrelenting theme from those decrying the Leave vote was its moral illegitimacy. From that flowed false allegations: only the aged supported leaving the EU, disenfranchising the young. Or only the uneducated had supported it, diluting the views of those who really do know better. Or it was a protest vote and no one wanted to actually leave. And so on.

In the wake of those angry pronouncements were demands to ignore the vote – by a second referendum, by Parliament, by Court actions and in many other ways. Anything, as long as the one legitimate opinion could prevail.

But Hazony also has another, and not so hidden, agenda on Israel: opposition to a two-state solution with Palestinian self-government.

Hazony cites the call for the destruction of Israel – a call all too common on the self-styled left. His argument runs like this: “In taking up arms in the name of their own national state and their own self-determination, the Jews, as many Europeans and others now see it, have simply taken up the same evil that led Germany to build the camps. … Many in Europe increasingly see such national independence and self-help as illegitimate, and thus is moving them towards a systematic rejection of Israel’s legitimacy.”

At this point, he starts playing fast and loose with the principle of what constitutes a nation – in particular the (implicit) denial that Palestinians have legitimate rights too.

As one reviewer noted, “Remarkably, for a book that talks about Israeli nationalism so much, the word ‘Palestinian’ appears a grand total of once in its text: when the author asks in frustration why the world keeps haranguing Israelis about Palestinian statehood.”

The routine accusation is that nationalism is bad because Hitler was inspired by nationalism. As Hazony notes, that is “a simplistic narrative, ceaselessly repeated”.

But he dismisses the idea by a remarkably unimpressive sleight of hand, claiming that Germany wasn’t a nation. “Nazi Germany was, in fact, an imperial state in every sense, seeking to put an end to the principle of the national independence and the self-determination of peoples once and for all.” So nations that act like aggressors are no longer nations? That’s unconvincing. And what does it say about Israel itself? That’s an avenue Hazony doesn’t go down.