Skip to main content
Home » News/Views » No future without steel

No future without steel 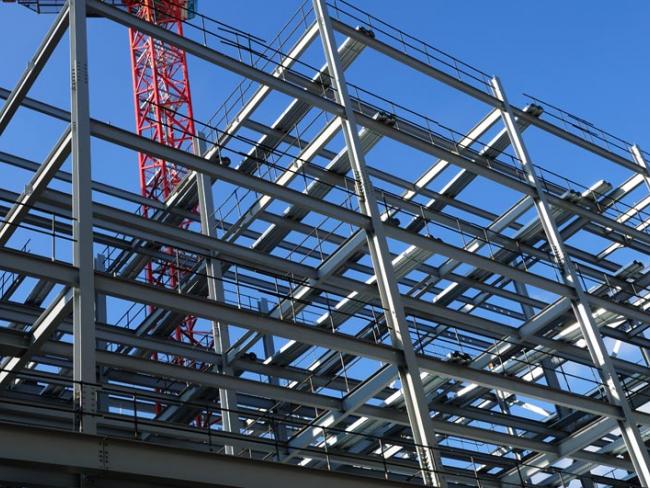 Steel is the backbone of Britain. Photo Ian Francis/shutterstock.com.

Even banana republics look after their bananas. But in Britain, built on iron, steel and industry, nothing is now sacred. It has become a land where Greensills flourish. Where becoming prime minister is seen as a stepping stone to serious wealth.

Everything about the Greensill saga points to an institutionalised disregard of the interests of the people. Short-term profit is the limit of ambition. Anything can be brought in from abroad, it’s said. How else to explain the neglect of the steel industry?

The government talks a good talk about procuring steel from Britain for big public projects, pledging itself to a “level playing field”. But when it comes down to it, we see, for example, that the Dreadnought submarines being built by BAE Systems in Cumbria are using mostly French steel.

The same indifference to production has driven the government’s decision to pause development of a new mine in Whitehaven, Cumbria, set to produce coking coal necessary to make steel.

But the greatest neglect has been shown in the failure to act to ensure a coherent and viable steel industry in Britain. Instead, the industry has been consciously allowed to flounder, with big chunks of it passing into the hands of speculators backed by even more speculative interests.

When Indian billionaire Sanjeev Gupta bought Liberty Steel, with plants in Scunthorpe, Newport and elsewhere, he was feted as a saviour. Now that the complex web of invoicing involved with the now-collapsed Greensill is coming to light, it’s clear that the plants were not so much rescued as turned into sources of finance for new acquisitions.

It’s not just creative invoicing. In 2019 the EU approved Liberty Steel’s acquisition of steel plants in Italy, Macedonia, the Czech Republic and Romania for €740 million. In short order Gupta recouped €100 million simply by selling the carbon credits that came with the plants.

Has he done the same with any British steel plants? The question has been raised, in The Times, as yet with no answer. If he has, then re-purchasing them will be an added cost for any new buyer.

There’s nothing new about capitalists buying things with money they don’t really have, or financing acquisitions by asset-stripping. But in a country ruled by finance capital – as Britain is – such activities pervert what should be a productive country providing work by making goods that people need.

The vultures have taken over, and they’re gorging themselves on the body of British industry while it’s still alive. Liberty Steel Dalzell in Scotland, for example, has full order books for its high-quality steel plate.

The government keeps saying that the market will provide. But all it provides is profits for the financial firms schooled in the shadowy worlds of invoice trading or sub-prime mortgage packages.

As a country, Britain cannot survive on services. We need production, we need industry. What we don’t need is capitalism.