One strategy to bind us all 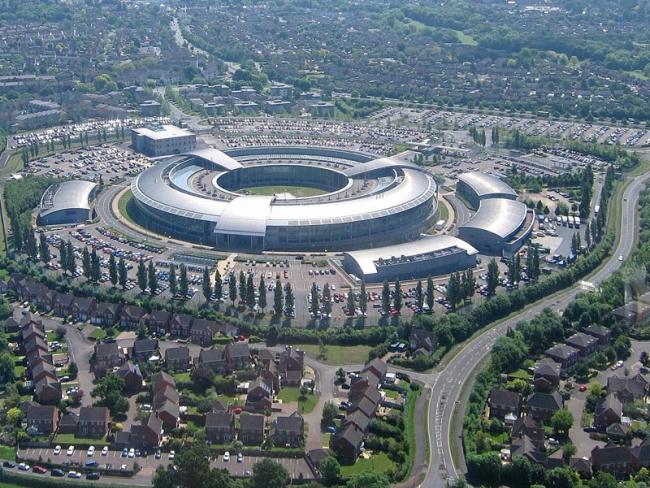 The British state is drawing together previously disparate security strategies. Its aim is the permanent eradication of opposition to globalist capital by their grave-diggers – the working class…

﻿Whatever happens in Ukraine there is a puzzling question: What on earth has the British government been up to?

After all, Ukraine and Britain do not share a common border. Ukraine is not part of NATO. And trade with Ukraine can be fairly described as negligible, accounting for 0.1 per cent of British imports and exports according to official figures.

The only answer that makes sense is that the government is trying out its so-called Fusion Doctrine, introduced in 2018 as a “whole-of-government” effort to go beyond the traditional security services and unite all security-related issues under one leadership guided solely by government strategy.

In particular, the doctrine takes account of the importance of the Internet in the propaganda war. All the old tricks of disinformation are being updated to include coordinated “attacks” and diversions on social media. The idea here is to shift public opinion – in Britain and “adversary” countries – through mass posts on Twitter and Facebook.

Significantly, the Fusion Doctrine is not a party political project, not the result of some off-the-wall election promise. It came from the very heart of the civil service. Its author is Mark Sedwill, career diplomat and civil servant, former Cabinet Secretary and, in 2018, National Security Advisor. The doctrine represents the considered opinion of the ruling class.

The approach is not unique to Britain. Variants of the policy are being implemented across the world, wherever capitalists and their political allies want to tell other peoples what to do. China, Russia and the US are all at it. The EU would like to be as well, though its ambition is not matched by any kind of ability.

But the kind of coordination involved, the breaking down of old boundaries, is a tough trick to pull off. Most importantly, how do you know whether it works or not, short of a real war?

In this context, the stoked-up crisis over Ukraine starts to make sense. It has provided an ideal test bed for the new structure, especially in relation to news management and social media. And, of course, it’s also a handy diversion for a government mired in scandal and incompetence at home.

When the Royal United Services Institute, an ultra-establishment think tank, carried an assessment of the Fusion Doctrine’s first year, it pointed out how complex the challenges were: “…one could argue that the really hard work lies ahead,” wrote its author, William McKeran. Added complexity comes from the government’s intention to farm out more work to private companies, and also to what it calls “third sector” partnerships (meaning think tanks and institutes).

The doctrine led, among other things, to General Sir Nick Carter, then Chief of Defence Staff, launching the government’s new Integrated Operating Concept in 2021 with the message that “old distinctions between peace and war, between public and private, between foreign and domestic and between state and non-state are increasingly out of date”.

The military is “no longer safe at home”, said Carter, and the “nature of war remains constant: it is visceral and violent….and is always about politics”.

This approach has been faithfully continued by his successor, Admiral Tony Radakin, in a message delivered four days before Christmas: “Our forces need to be out in the world …we have the opportunity to unlock the potential of UK armed forces to be more effective; to modernise; to be more lethal; and to be more diverse. And to become Global Forces for Global Britain.”

The Integrated Operating Concept is part of a web of new concepts and projects that together move the military into an “active” dimension – in other words a military suitable to be integrated with global capital’s intentions.

‘All the old tricks of disinformation are being updated to include social media.…’

As part of this the government moved to bundle all digital and data elements of its activity into one, with the publication of its Data Strategy for Defence in September 2021. The strategic context outlined is one where claimed adversaries are changing, “undermining the international rules-based order by competing in ways that do not necessarily involve military confrontations…Therefore, the distinction between war and peace has become increasingly blurred.”

And it has added new weight to a number of Internet-based strategies, such as the National Cyber Force. Announced in November 2020, it represents a consolidation of offensive cyber activity in Britain. A specialist unit, it is a joint initiative between the Ministry of Defence and GCHQ.

Also part of this web of disinformation is the 77th Brigade, a combined Regular Army and Army Reserve unit, specialising in “non-lethal” forms of psychological warfare, using social media including Facebook and Twitter.

Formed in 2015 by the Cameron government, it is essentially a spying unit that monitors Internet traffic for any information exchange between perceived enemies, analyses it, then intervenes to shift the balance in capitalism’s interest (defined, as always, as government or state interest). It has a catchy name for this on its website: “counter-adversarial information activity”.

As a revealing article in Wired magazine in November 2021 showed, this is about changing opinions here and globally. Its author, Carl Miller, visited the brigade and describes a sign on a wall: “Behavioural change is our USP [unique selling point].”

In another aspect of the Fusion Doctrine, the government has conducted a consultation over “modernising” the current counter espionage laws “to reflect modern threats and modern legislative standards”. It wants to create new offences, tools and powers to detect, deter and disrupt what it defines as hostile activity. And it says this will improve Britain’s ability to protect official data.

The idea is to reform the Official Secrets Acts of 1911, 1920, 1939 and 1989, and along the way set up a Foreign Influence Registration Scheme. This, according to Home Secretary Priti Patel, is “to empower the whole national security community to counter the insidious threat we face today”.

Even so, the government has seemed remarkably relaxed about Russian oligarchs laundering their money in the City – perhaps because it sees it as “inward investment” (some of it investment in the Conservative party).

But critics have said that by removing the “public interest” defence the new proposals, if enacted, would severely impact serious investigative journalists and whistle blowers, who would be pursued through the courts to reveal sources. The Times newspaper, in an editorial, called the proposals “the greatest threat to public interest journalism in a generation”.

Disturbed by these developments? Feel like protesting? The government is one step ahead of you with the Police Crime Sentencing and Courts Bill.

That bill seeks to increase police powers and to curb rights to protest still further. Late amendments introduced by the government include provision to arrest or charge citizens for failure to comply, with threats of hefty fines and imprisonment of up to 51 weeks. Police will also have new powers to deploy stop and search to avoid “serious disruption”, powers that can be used “whether or not the constable has any grounds for suspecting that the person… is carrying a prohibited object”.

Even a demonstration loud enough to cause distress to a single passer-by can be enough to trigger some of these new powers. Keep quiet and stop complaining – that’s the message to workers.

If all these new military/police developments present a picture of a trajectory of dictatorship, that’s no accident.

As the CPBML statement, Real Control for Real Independence [see also A way forward for workers) , points out, capitalism worldwide – and particularly in Britain – is facing the worst debt crisis in history. And history shows that when finance unravels in a major way “either workers take control or the call for military war and a British domestic war on workers becomes generalised”.

That reality is taking shape before our eyes. For workers the choice is stark. Either we live in an independent Britain deciding our own future, or we become slaves to international capital.