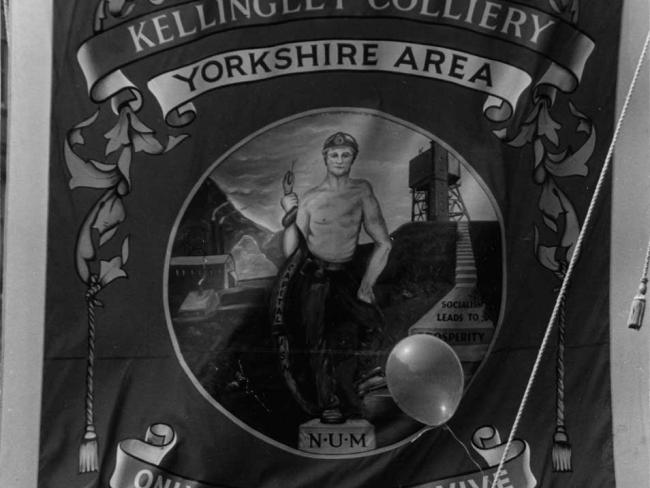 The Kellingley NUM banner. The picture was taken during the miners’ strike of 1984/85. When the strike began there were 187,000 miners in Britain. Now just three pits are left – two of them planned for closure. Photo Workers

In spite of levels of production being well above expectation in the past month and coal prices rising on the global market because of a number of factors, the government is still reluctant to commit to increasing levels of support beyond the £10 million already promised.

The National Union of Mineworkers is arguing for an employee buyout on the lines of the Hatfield, Doncaster, scheme agreed last year.

It seems illogical to open the clean coal capture and storage (CCCS) trial – known as the White Rose project (see Workers, May 2014) – at nearby Drax power station, only to shut the local pit that supplies 2.3 million tonnes to Drax each year.

Closure of the Big K, as Kellingley has long been known, would leave the country even more reliant on Russian and US coal imports at a time when demand from China and India is pushing prices up. It also means that experience of CCCS – a potent force for coal use globally and for the export of expertise in clean coal usage based on local supplies – could be squandered.

Further meetings with energy ministers are planned for the unions and companies still active in the deep and surface mining industry.          ■