Planning for a better future 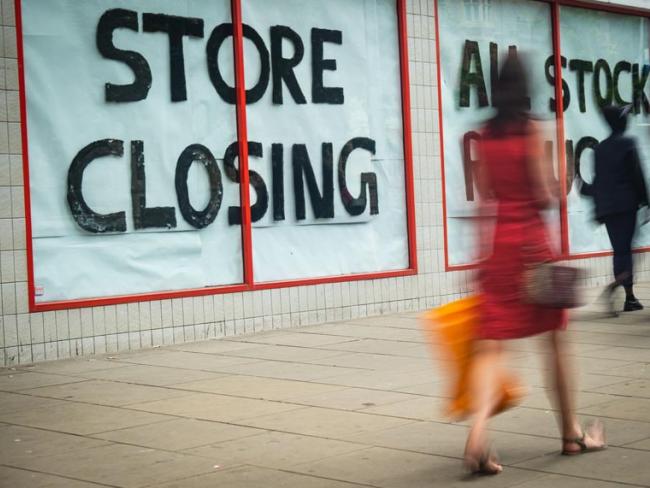 High streets are emptying, while agricultural land is taken over by developers. Photo Willy Barton/shutterstock.com.

After the postwar boom in planning which was so important in rebuilding the country, Britain has been sliding back, with dire consequences…

This book was published seven years ago, but it remains both interesting and relevant to the future of planning in Britain.

The authors have long experience; they are respectively CEO of the National Housing Federation and director of policy at the Town and Country Planning Association. They explain that post-war Britain “proved the value and effectiveness of democratic collective action and delivered in the reconstruction of Britain the most remarkable achievements, from national parks to new towns. All of this, furthermore, in the context of a nation bankrupted by war.”

But now, “We live in a sophisticated world where vested interests of all kinds are adept at squashing the art of possibilities.” The 36,000 landowners who own half the rural land in England and Wales profit too much from the present system to want to change it.

There are empty shops and buildings in towns and cities across Britain and other former industrial sites. Developers prefer to get planning permission to build cheaply on fields. The government has made that easier, with the detrimental effect of reducing available agricultural land.

Yet at the same time it is almost inevitable that city centre conversions will be low quality – in the name of “regeneration”. This trend has been evident for decades. In 1980 Margaret Thatcher abolished the evidence-based Parker Morris housing standards. And in 2012 the coalition government allowed “Permitted Development” office to residential conversions – which bypassed planning. Intended to be four-year trial, this was made permanent despite evidence that the average size of British homes was falling markedly – a trend that has continued.

Likewise the energy market is dominated by a few international companies, for which “…supply of energy has proved to be a highly profitable enterprise.” Successive governments have advanced the interests of big landowners and big business, at the expense of the rest of us.

In 2010 the Cameron government abolished the Royal Commission on Environmental Pollution. As a result, “Britain now has no body with the capability of investigating the environmental challenge facing the nation in a holistic way.”

On climate change, the authors write, “our current policy responses have some merits, particularly the Climate Change Act 2008, but high level policy lacks a national expression (there is no national plan), and localised policy lacks appropriate coordination and scale.”

As they point out, “Planning is the pivotal delivery framework for energy demand reduction and renewable energy and for addressing problems such as extreme temperatures and flood risk.”

Devolution has further fragmented and damaged environmental control. Two-fifths of Britain’s Grade 1 agricultural land is at or below sea level in a concentration around the Wash on England’s east coast. The Environment Agency observed that there is “less water available per person in this region than in many Mediterranean countries”.

The authors strongly urge the revival of the Garden City concept of “capturing and redistributing the increase in land values which development creates for the long-term benefit of the whole community.” But, as they point out, “by 1952, key elements of the reform package, like taxing land values created by the state, had been abolished, much to the relief of landowners”.

They urge “the direct provision of a high-quality social rented sector would do more than anything to meet the acute needs which currently cause homelessness and overcrowding, as well as substantially increase the affordability of market housing by creating a real choice of tenures.”

The authors remark, “It would not, based on current evidence, be safe to assume that Britain can go on relying on significant food and energy imports.” They comment, “The defence of agricultural land should be seen in the context of these global pressures which implies much greater pressure on productive land for both food and energy crops.”

Over 80 per cent of the intended investment by the Coalition government in transport infrastructure was to go to London and the South-East, and just 6 per cent to the North of England. In 2011 it cancelled the Housing Market Renewal initiative, with only a quarter of the regeneration completed. On current form, the promises on “levelling up” by the current government are likely to go the same way.

In sum, “Britain has no unified industrial strategy where the future challenges of technological and business change can be considered alongside transport infrastructure or housing growth. … The idea of planning the nation as a whole so that for the first time we can work out how housing, transport and flood defences can be delivered simultaneously in order to bring maximum efficiency and fairness might seem self-evident but it has been regarded as politically unacceptable because of the perceived interference with market forces.”

That’s just as true now as it was when written. The challenge remains to assert control over planning for our nation’s needs. We cannot rely on “free market” forces and certainly not on a government devoted to preserving them.