Refinery workers vote for action on pay and pensions 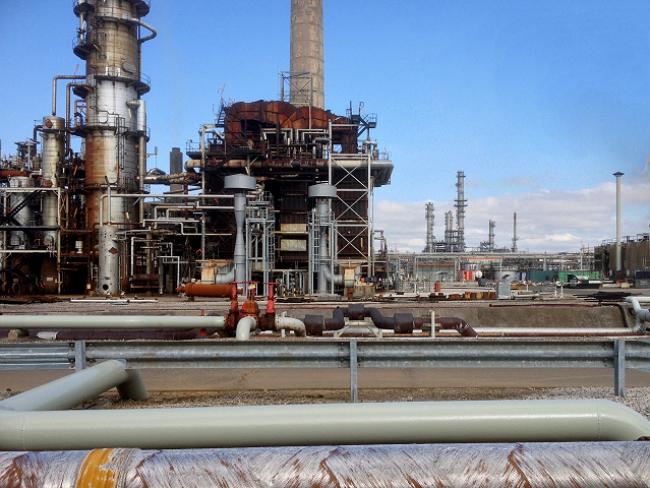 The Stanlow refinery supplies Britain with around a sixth of its road fuel. Photo © David Dixon (CC BY-SA 2.0)

Essar, which runs the giant Stanlow oil refinery in Cheshire, has picked a strange time to get into dispute with its workers over pay and pensions.

Essar, which runs the giant Stanlow oil refinery in Cheshire, has picked a strange time to get into dispute with its workers. In the middle of a petrol panic it is trying to backtrack on a pay deal and worsen pensions – provoking a furious and united response from the refinery workers, members of the Unite union.

Last week (29 September) the union announced a 98 per cent vote for industrial action over failure to honour the signed 2019 pay agreement, refusal to pay a bonus for two years, and the proposed closure of the final salary pension scheme.

“Our members cannot and will not accept any attacks to their terms and conditions after working tirelessly through a global pandemic. Unite has created space and opportunity for Essar to return to the negotiating table.

“Make no mistake, if Essar abuses this gesture or fails to make an acceptable offer, strike action will be called.”

Stanlow supplies 16 per cent of Britain’s road fuel, and jet fuel to Manchester airport via a pipeline. Essar, meanwhile, is mired in ongoing discussions with HM Revenue & Customs over tax bills.