Research and innovation for independence 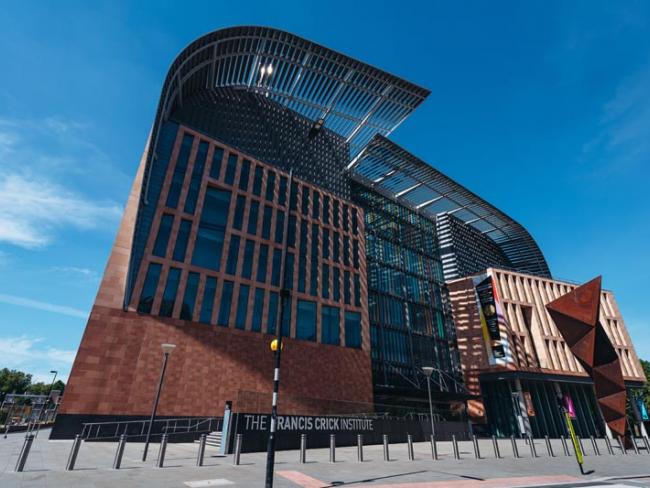 The Covid- 19 pandemic has shown how vital a first-class science base is to the health of a country, as well as to its wealth. More than that, it has shown that independence from the EU is a liberating force, enabling Britain to break free of the dead hand of Brussels and institute world-class, life-saving vaccine production and vaccination programmes.

But there’s more to an economy than vaccines. As the prospects for defeating the pandemic grow, attention will turn to all the other areas of research that are essential to an advanced industrial and intellectual life. Has Britain really learnt one of the key lessons of Covid-19 – that it is not enough to have brilliant science, it must be linked to production as well?

Credit where it is due. Health secretary Matt Hancock’s insistence last year  that the Oxford vaccine had to be produced in Britain has paid dividends many times over.

Whether penicillin was in Hancock’s mind is not known, but there was to be no repeat of that shameful history. Oxford chemist Howard Florey was unable to gain support from the British government or from British industry during World War Two to start antibiotic production in this country. Instead, he took the penicillin mould to the United States .

With the pandemic over, and Brexit achieved, an R&D environment geared to inventiveness and independence can really take off. But will it?

The Trade and Cooperation Agreement signed with the EU marks the end of the European Court of Justice’s reign over how research is conducted in this country. Its signing was immediately followed by a government consultation aimed at restoring to scientists the freedom they had lacked within the EU to create new products and processes with gene editing, for example. That, though, is not the end of Britain’s involvement in the EU’s research world.

A good part of the negotiations over the agreement centred on the terms under which Britain could take part in the EU’s new Horizon Europe research programme. (It’s not immediately obvious when you read the agreement as there is no mention of Horizon Europe, but see Part 5, dealing with “union programmes”.)

At € 95.5 billion over the seven years from 2021 to 2027, Horizon Europe accounts for some 9 per cent of the EU’s entire budget  for the period – regional support, Common Agricultural Policy, everything. It’s a huge source of funding, and British researchers want to be eligible for grants under it.

One real question is whether the contribution Britain will have to pay to access the programme will be value for money. It looks like the fee will be around € 2 billion a year. That’s big money: to put it into context, it’s equivalent to around 20 per cent of the UK’s budget for research and development in 2021 . And so far, no one has made it clear exactly where the money will come from.

But it certainly won’t be new money: it will come from cash already promised to research. And it’s a huge amount to hand over to the EU for participation in a programme where Britain does not get a vote on how programmes are designed nor on how money is disbursed. Rather like walking into a supermarket and having to buy whatever the store will give you.

On the plus side, the agreement does not promise any special arrangements for European researchers seeking to work in Britain for more than 90 days. Instead, they will be treated just like any other person from abroad, which is as it should be.

One part of the Trade and Cooperation Agreement deals with what happens if British scientists get more, or less, than our share (calculated according to GDP, and assumed to be 18 per cent of total funding). The arrangement has been politely termed “asymmetric”.

On top of all this, the British government has agreed that the ultimate arbiter of any disagreement about funding decisions under Horizon Europe is…yes, the European Court of Justice.

In practice this may not matter much, provided all runs smoothly. Programme and funding decisions for previous Horizon programmes have traditionally been taken by consensus, not by votes. And the European Court of Justice has never (yet) been involved in funding decisions. But it could matter a great deal, and, worse, sets a poor precedent.

It also leaves some disciplines dangerously dependent on EU funding, especially in the arts and humanities. Although the current position is unclear, the most recent figures  available (from 2014) suggest that Archaeology, Classics, IT, Media Studies, Law and Philosophy all gained more than a quarter of their total funding from EU programmes.

It does no good for Britain or for British independence to have tens of thousands of academics dependent on the EU for their income. Nor for universities to employ – as they do – armies of support staff whose sole task is to sift through the entrails of Horizon programmes to find funding opportunities. Why not support researchers directly, where they deserve support?

What kind of future?

Whatever happens with EU funding, the government has committed itself to big increases in R&D spending. At close to £15 billion, the figure for 2021 announced by chancellor Rishi Sunak in his Autumn Statement is itself an uplift of more than 50 per cent over the £9.6 billion it spent in 2018 . The ambition is for public R&D expenditure to double to £22 billion by 2024-25.

This, if carried through, would set the scene for a massive advance in research in Britain. But like all governments, this one is great at making announcements, and poor at doing what it promises.

Success cannot just be measured in prestigious scientific papers or even Nobel prizes. Will Britain gain new employment, new opportunities for a young workforce (which will need training), new industries?

Here the track record is not impressive. The penicillin failure was not a blip. Finance capital in Britain has seldom wished to take risk and invest in new technologies, and neither have governments given them much encouragement.

Take biosciences, for example. There is a government-funded programme called Biomedical Catalyst to back early-stage companies in this area. It’s run by Innovate UK, but it’s out on the periphery, and lacks any core funding. Instead, it relies on top-ups from the government.

In June 2020, in the wake of the pandemic, Biomedical Catalyst was “ relaunched ” (an implicit admission of failure) with an injection of £30 million from the government, but the money was just a one-off, with no guarantee of future funding.

A report in November from the UK BioIndustry Association illustrates the scale of failure. Using a Freedom of Information request, the association found out  that fewer than 4 per cent of projects ranked worthy of investment received funding from the Biomedical Catalyst in 2019-20 – down from 31 per cent in 2014-15. The missed opportunities could have brought in £2.5 billion in private investment.

Under the terms of the Trade and Cooperation Agreement, Britain is no longer part of the European Investment Bank, nor will it be involved in the part of the European Innovation Council’s “Accelerator” programme that invests in shareholdings. So Britain will be free to make its own decisions about how to support promising hi-tech ideas

But to take advantage of the opportunities presented by research, the government is going to have to do a lot more. On 3 February this year, the House of Lords Science and Technology committee issued a scathing indictment of its Catapult Network , run by Innovate UK and set up to help “transform the UK’s capability for innovation in sectors of strength”.

In its report , the Lords committee said that the country’s research and innovation system “has the necessary components to be successful, but it lacks the scale to deliver a large increase in commercial exploitation”.

The government, it said, needs to develop a “strategic plan for delivering its R&D ambitions” (that is, it actually doesn’t have one at the moment) along with clear criteria for how it will select technologies and sectors to support.