Skip to main content
Home » News/Views » Revealed: the inside plot against Brexit

Revealed: the inside plot against Brexit 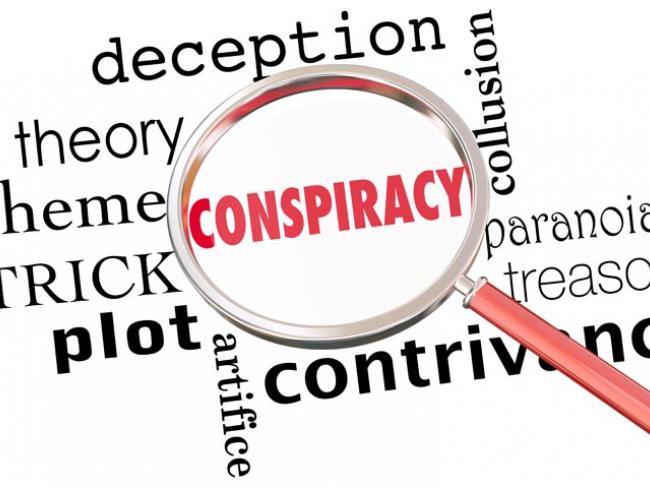 Every plot needs plotters. And thanks to the Daily Telegraph, we now know who some of them are – and what they are hoping to do.

Shortly after the overwhelming defeat of the government's proposed deal with the European Union on the evening of 14 January, three senior ministers sat down for a conference call with ten representatives of big business.

Doubtless such meetings go on all the time, in secret, but this time a recording of the conference call reached the Telegraph, which published a transcript on 17 January.

As Fraser Nelson, editor of the Spectator, summed it up in the Telegraph on 18 January, saying it looked like “a capitalist cabal issuing instructions to politicians who seem to be at their beck and call”.

Hammond told the business leaders “the ‘threat’ of a no-deal Brexit could be taken ‘off the table’ within days and potentially lead to Article 50 ‘rescinded’,” while Clark argued, “we can’t have no deal”.

Hammond set out how a backbench Bill could effectively be used to stop any prospect of no deal. He suggested that ministers may even back the plan when asked for an “assurance” by the head of Tesco that the Government would not oppose the motion.

He claimed next week’s Bill, which could force the government to extend Article 50, was likely to win support and act as the “ultimate backstop” against a no-deal Brexit, as a “large majority in the Commons is opposed to no deal under any circumstances”.

Significantly, the first three business leaders into the discussion all represented foreign-based multinationals.

Jurgen Maier from German-based Siemens UK, which backed May’s agreement, wanted to know what certainty he could give his board about no deal. So did Doug Gurr from Amazon UK – a company that pays its workers the absolute minimum and returns almost nothing in tax to the UK, and Keith Anderson, from Spanish-owned Scottish Power.

Specifically, they wanted to know that the government would do nothing to stop moves in parliament to block no deal. Hammond’s response dripped with duplicity. He said the government couldn’t take no deal off the table, but then washed his hands of responsibility:

“But in a sense that is not a decision for us to take. Backbenchers have tabled a draft bill and are taking this forward. It will be the parliamentary arithmetic that determines what happens, not a decision by the Government,” Hammond said. “The Government hasn’t yet looked at this in detail and decided on a formal position.”

Greg Clark backed him up, hinting at even greater EU control than even May’s deal offered. “I think it’s pretty obvious that there is a big majority to avoid no deal. They need to come together and crystallise into an agreement but the right ingredients are there,” he said.

What’s his role: to encourage the opponents of a clear, clean Brexit. “Some members of parliament want to go even further in terms of a closer relationship. Our job is to crystallise that and make that happen.”

So, Britain’s leading capitalists lap up Hammond’s words about taking “no deal” off the table despite all the election pledges to respect the Referendum vote. And who is up there in the alliance with Hammond and big business? Most Labour MPs and party members, it seems!