RMT calls for action to ensure jobs for British ratings 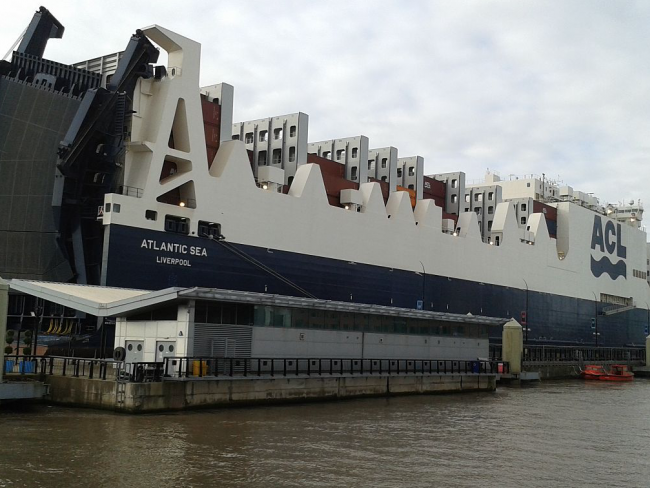 Seafarers’ union RMT has written to shipping minister Kelly Tolhurst demanding action over the lack of jobs for British ratings and the crew change crisis on ACL’s five roll-on roll-off container ships working transatlantic routes from the port of Liverpool.

The ACL fleet was registered in the Port of Liverpool from 2016, when the Atlantic Sea was christened by Princess Anne. Yet earlier this week, ACL re-flagged one of its sister ships, Atlantic Sky, to the Maltese register – a flag of convenience and the biggest shipping register in the EU.

ACL’s owner, Grimaldi Group, has warned that the rest of the ACL G4 ships on the Red Ensign are also likely to be re-flagged.

The International Transport Workers Federation (ITF) issued a warning to ACL earlier this month over the failure to repatriate largely Filipino crew when the ships are docked in Liverpool.

Crew are being worked beyond their nine-month contracts. All ratings on the ACL fleet in question are paid below the UK National Minimum Wage and many have been working at sea periods well beyond the legal maximum of 11 months stipulated in the Maritime Labour Convention, says the RMT.

In the letter to the shipping minister, RMT general secretary Mick Cash said: “One of the key causes of foreign seafarer exploitation and exclusion of UK ratings is the lack of requirement to employ UK seafarers on the Red Ensign. Indeed, the UK Ship Register continues to present this to shipowners as one of the advantages to registration. This must change, and quickly.

“This tale of the shipping industry co-opting national registers to ride roughshod over seafarers’ rights, UK ratings jobs and the needs of workers in the port cities and towns of an advanced island economy is all too common.”

The RMT wants the government to take action inside the Maritime Restart and Recovery Group (formed to help bring the industry out of the Covid-19 crisis) and beyond to tackle to get ACL to commit to UK ratings jobs on its UK-registered fleet.

Further, it wants the government to introduce requirements for all Red Ensign ships to employ UK seafarers, to ban nationality-based pay discrimination against non-UK seafarers, and to train thousands more UK ratings over the next two years.

“RMT remain committed to the DfT’s Maritime Restart and Recovery Groups but the mess in our maritime industry illustrated at ACL must be sorted out to the benefit of ratings in the UK and our battered skills base,” said Cash.

• The RMT has reacted with anger after Condor Ferries, which operates routes between the Channel Islands, England and France, made 200 workers redundant on 25 August.

“The rhetoric around seafarers being key workers needs to mean something. These are jobs on lifeline freight and passenger ferries registered on flags of convenience that were subject to exploitative pay before the pandemic and cannot be allowed to be permanently lost to UK seafarers,” said RMT assistant general secretary Mick Lynch.

“Condor has consistently refused to access UK government support for their seafarer and docker staff in the UK during the pandemic and have made large scale redundancies – they are now threatening to cut into muscle and bone.”