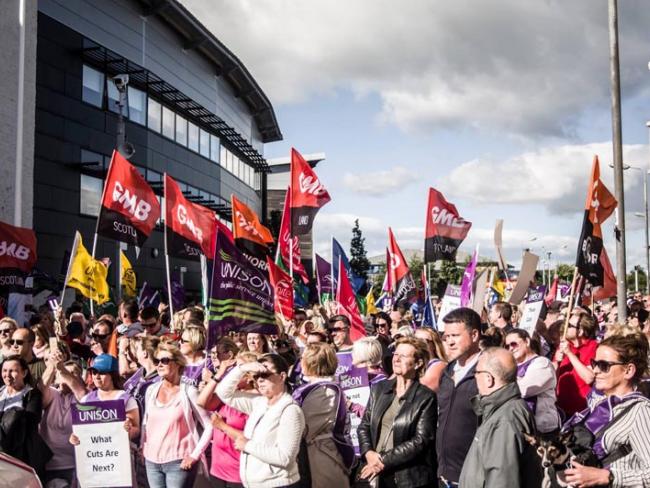 Pickets were out in force in East Dunbartonshire at the end of June at various council-run venues after more than 500 Unison members voted unanimously for strike action for four days up to 26 June over cuts to terms and conditions including reductions to holidays.

They will join with Unite and GMB members in “a summer of discontent”. This will mean the closure of all schools, nurseries, libraries and museums in the county during the days of the action.

Shortly before the action began, in what the GMB trade union called “a major test of the Scottish government's public pay policy”, 92 per cent of their members working in Scotland’s 32 local authorities rejected the latest pay offer on 19 June.

The employers had made an offer including rises of 3 per cent for earners of up to £36,500 and 2 per cent for those earning more, up to £80,000. Union members affected cover posts such as home carers, school cleaners, pupil support assistants and workers in refuse disposal and roads & maintenance.

The union pointed to a decade of wage cuts and freezes in real terms, and deteriorating conditions. The lowest paid have been worst hit.