Skip to main content
Home » News/Views » Small can be beautiful 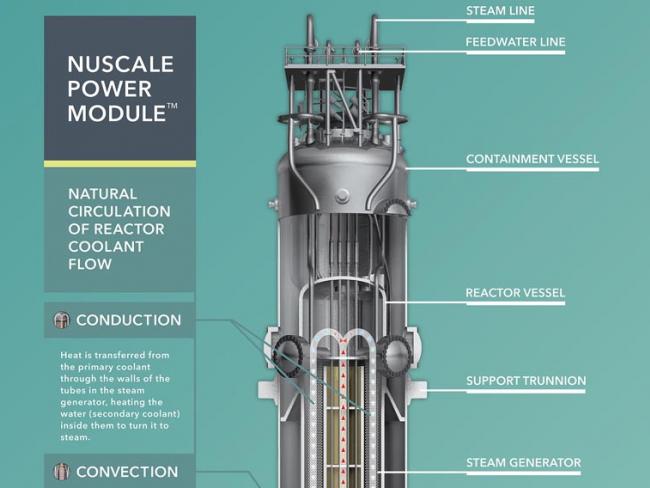 The British working class has worked with nuclear power for nearly seventy years now. But attention has traditionally been focused on large nuclear stations such as Sizewell B or the new Hinckley C.

Large nuclear stations have been dogged with a number of problems, including planning permission and unproven technology. Above all, they take years and years to build.

But a new technology is being developed which could get round many of these problems. Significantly, much of the development is taking place in Britain, where Rolls-Royce is taking the lead.

The technology centres on so-called Small Modular Reactors (SMRs), which can be built off-site and simply transported to their locations. Producing up to 500 MW each, they could produce of a significant portion of energy self-sufficiency that a post-Brexit Britain will surely need.

Of course, we also have to make sure that safety is properly managed and the location of SMRs will therefore be critical. These crucial, but resolvable, issues should not be allowed to detract from the very real advantages British-produced SMRs could bring to the country.

In 2014 the government published a report on the concepts, feasibility and potential of SMRs in Britain. Then in November 2015 it announced that it would invest at least £250 million over five years in nuclear R&D including SMRs.

In March 2016 the government called for expressions of interest in a competition to identify the best value SMR. It said the objective of the initial phase is “to gauge market interest among technology developers, utilities, potential investors and funders in developing, commercializing and financing SMRs in the UK”.

Other companies are keen to be involved. In 2015 US-based Westinghouse had presented a proposal for a “shared design and development model” under which the company would contribute its SMR conceptual design and then partner with the government and industry to complete, license and deploy it. The partnership would be structured as a UK-based enterprise jointly owned by Westinghouse, the government and British industry.

In October 2016 Westinghouse said it would work with British shipbuilder Cammell Laird as well as Britain’s Nuclear Advanced Manufacturing Research Centre (NAMRC) on a study to explore potential design efficiencies that would reduce the lead times of its SMR.

Another company, NuScale, an American SMR specialist, said it aims to deploy its SMR technology in Britain with British partners, so that the first of its 50 megawatt electrical (MWe) units could be operational by the mid-2020s. Rolls-Royce is reported to have submitted a detailed design to the government for a 220 MWe SMR unit.

‘The result could be safe, reliable and affordable low- carbon electricity.’

The Rolls-Royce website says that an SMR programme “represents a once in a lifetime opportunity for UK nuclear companies to design, manufacture and build next generation reactors to meet the UK’s energy needs…re-establishing the UK supply chain to a position of global recognition”.

SMRs could be made in centralised manufacturing facilities and then transported to anywhere in the country or overseas, producing benefits of scale which would drive down costs.

Rolls-Royce says it is developing a patented modular concept which is designed specifically for factory manufacture and commissioning, speed of installation and reduced onsite construction work

The company notes “a very significant global market need for energy that cannot, in all circumstances, be met by large scale nuclear reactors and so presents a real opportunity for SMRs”. It estimates this market to be as large as £400 billion.

The potential benefits are safe, reliable and affordable low-carbon electricity as well as 40,000 skilled jobs, giving a £100 billion boost to the economy. It would also reinvigorate Britain’s nuclear certified supply chain – from research and raw materials to high-tech manufacturing and services.

What does this mean in practice? That we are going to have the transformers at the end of the street changed to SMRs?

Of course not. These installations are likely to be located at old military sites or old airfields where a degree of security can be maintained and also a reasonable distance from conurbations. The structures are likely to be the size of a large supermarket.

SMRs offer a useful addition to energy provision. We should work to ensure that the creation of energy self-sufficiency, new jobs, and safety for workers and residents go hand in hand with this opportunity to develop a fundamental industrial sector.