Stop the bombing of Syria! 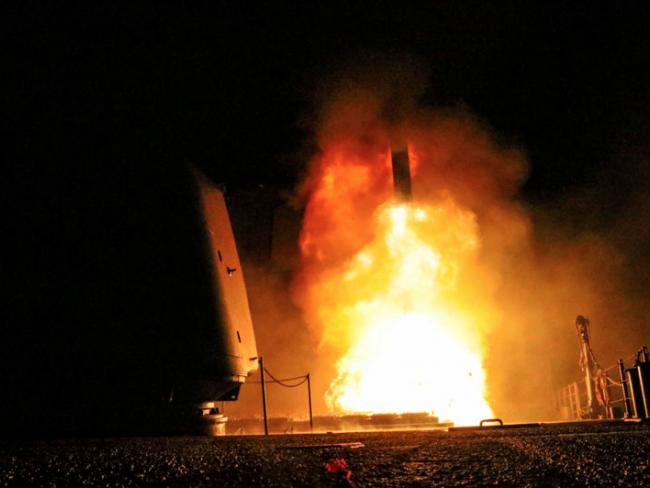 Like its predecessors – the governments led by David Cameron and Tony Blair –our government has shown it is willing to allow British blood to be shed to back up US imperialism.

With an opinion poll indicating that only 22 per cent people of in Britain support military action against Syria, Theresa May ordered the RAF to launch strikes – pre-empting debate in parliament.

‘A step along the way to a lawless world.’

The dangers of war are huge. And the price will be paid above all by those in and near to the Middle East. US imperialism wants Europe to fight its wars. We must say no.