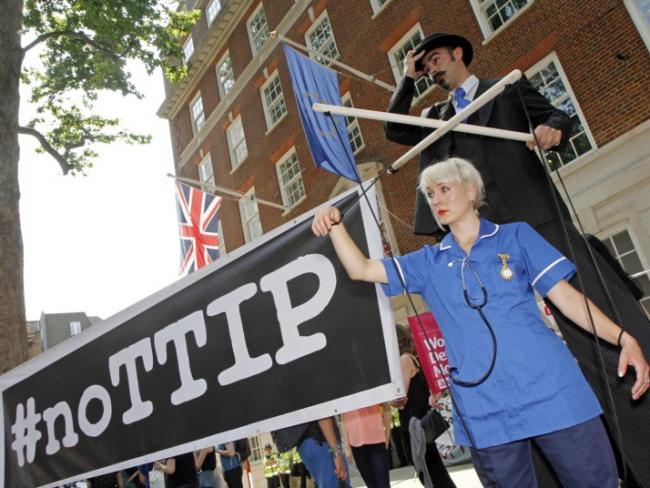 Professor Dani Rodrik of Harvard University has written a great deal about economics. In this well-argued book, he examines the effects of globalisation.

One of his colleagues told him not to tell the truth about globalisation because it would provide ammunition for protectionists about globalisation’s downsides to boost their “narrow selfish agenda”. But, as he points out, “many trade enthusiasts are no less motivated by their own narrow, selfish agendas. [They] have no greater regard for the public interest than protectionists do.”

Rodrik observes that trade deals are no panacea. Economists he says “have overstated the magnitude of aggregate gains from trade deals, though such gains have been relatively small since at least the 1990s. They have endorsed the propaganda portraying today’s trade deals as ‘free trade agreements’.”

Under the Trans Pacific Partnership countries would have had to submit to restrictions on subsidies, patent rules and investment regulations. “TPP and TTIP seemed to be not so much about liberalism as about corporate capture.”

Nor is liberalisation in general a panacea. A study of 80 cases of growth acceleration found that few liberalisations produced growth acceleration. When the OECD enforced free finance on its new members it paved the way for Mexico’s 1994 financial crisis and South Korea’s 1997 crisis. And, as Professor Rodrik notes, “There is virtually no reliable evidence that liberalizing labor markets will increase employment.”

"Countries have flourished when they have ignored the dictates of free trade dogmatists."

On the contrary, countries have flourished when they have ignored the dictates of the free trade dogmatists: “Subsidies, domestic-content requirements, investment regulations, and, yes, often import barriers were critical to the creation of new, higher-value industries.” Professor Rodrik notes, “China would not have been able to pursue its phenomenally successful industrialization strategy if the country had been constrained by WTO-type rules during the 1980s and 1990s.”

Further, more equality is good in itself and good for growth: “In 2014, economists at the International Monetary Fund produced empirical results that seemed to upend the old consensus. They found that greater equality is associated with faster subsequent medium-term growth, both across and within countries. Moreover, redistributive policies did not appear to have any detrimental effects on economic performance.”

Governments need to promote the use of innovations across the whole economy: “Ultimately, it is the economy-wide productivity consequences of technological innovation, not innovation per se, that lifts living standards.”

Professor Rodrik states that “The best way in which nations can serve the global good in the economic sphere is by putting their own economic houses in order…globalization relied critically on the rules maintained by the major trading and financial centers…national monetary systems, central banks, and financial regulatory practices were the cornerstones of financial globalization.”

Professor Rodrik remarks, “For years, an intellectual consensus on the declining relevance of the nation-state reigned supreme. All the craze was about global governance – the international rules and institutions needed to underpin the apparently irreversible tide of economic globalization and the rise of cosmopolitan sensibilities. …By now it is widely understood that globalization’s ills derive from the imbalance between the global nature of markets and the domestic nature of the rules that govern them. As a matter of logic, the imbalance can be corrected in only one of two ways: expand governance beyond the nation-state or restrict the reach of markets. In polite company, only the first option receives much attention.”

He defends democracy and national independence against globalisation enthusiasts: “democracy-enhancing global agreements would look very different than the globalization-enhancing deals that have marked our age.”

This is because “Real citizenship entails interacting and deliberating with other citizens in a shared political community. It means holding decision makers to account and participating in politics to shape the policy outcomes. In the process, my ideas about desirable ends and means are confronted with and tested against those of my fellow citizens. Global citizens do not have similar rights and responsibilities. No one is accountable to them, and there is no one to whom they must justify themselves.”

Professor Rodrik criticises the EU for its undemocratic policies: “...by denying the obvious fact that the eurozone’s viability depends on substantial restraints on sovereignty, Europe’s leaders have been misleading their voters.

“When the Greeks voted ‘no’, they reaffirmed their democracy. But more than that, they asserted the primacy of their democracy over those in other eurozone countries. In other words, they asserted their national sovereignty – their right as a nation to determine their own economic, social, and political path. If the Greek referendum was a victory for anything, it was a victory for national sovereignty.”

Professor Rodrik concludes that sovereignty is hugely important: “Countries have the right to protect their own regulations and institutions…we need to accept the right of individual countries to safeguard their domestic institutional choices…Globalization’s rules…should not allow the United States or the European Union to use trade sanctions or other kinds of pressure to alter the way that foreign nations go about their business in labor markets, environmental policies, or finance. Nations have a right to difference, not to impose divergence.”