Skip to main content
Home » News/Views » Watch out, there are freeports about

Watch out, there are freeports about 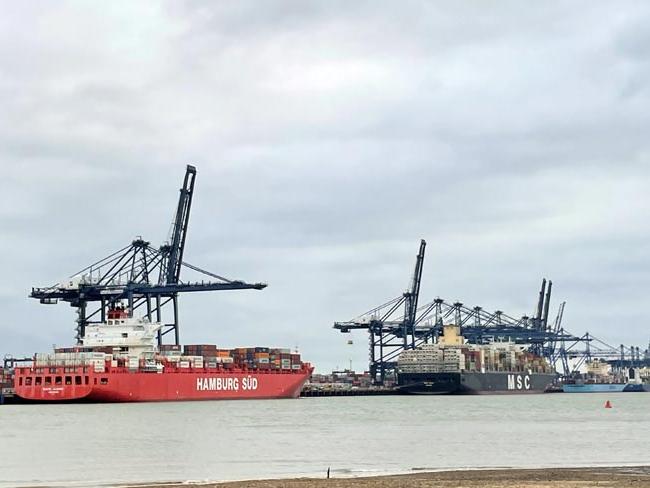 Freeports are a reality. Most workers have never heard of them, but they soon will – and workers’ organisation within them will really matter…

In March the government announced the location of eight new freeports across England. The eight were chosen following a bidding process which involved coalitions which had to include the relevant Local Authority (or authorities), local enterprise partnerships and large manufacturing employers as well as the port concerned.

This is a policy decision with big consequences. But few people know what freeports are about, even in sectors directly employed in the ports. Plenty of workers are asking, “What is a freeport”?

There is evidence that workers are already planning how to organise in this new environment. There is an urgent need for a wider understanding to aid that organisation. Yet the idea has not been hidden – freeports have been a favoured Conservative party policy for some time, and a particular favourite of the current Chancellor.

What is a freeport?

Good question. We have learnt that putting the adjective “free” in front of a word is a favoured government tactic. Think “free trade” and “free movement of labour”.

A House of Commons libraries briefing points out there is no single definition of a freeport, and they operate in different ways in different countries. But they all have features in common, such as “various concessions on customs, other tax and planning advantages and reduced bureaucracy”.

The briefing also explains that while being within a country’s geographical borders, freeports are effectively outside a country’s custom borders. That’s a crucial difference: in practice freeports can amount to little more than warehousing to areas where added value manufacturing occurs before goods are re-exported.

The stated ambition for the eight freeports announced for England is that they will become more like regeneration zones. The geographical area involved is greater than the physical port and freeports can be up to 45 kilometres (27 miles) across. It is planned that companies inside the sites will also be offered tax breaks, mostly lasting five years.

The Treasury documentation for the application process did focus on the manufacturing element, explaining how firms are able to import goods without paying tariffs whereby producers “process them into a final good and then either pay a tariff on goods sold into the domestic market or export the final goods without paying UK tariffs.”

There will be other financial benefits too for employers within freeports, who will pay reduced national insurance contributions for new staff. Freeport status will lead to “a wide package of tax reliefs”, according to the government, including tax relief on purchasing land, constructing new buildings or renovating old ones, and investing in new plant and machinery.

Freeports are not all maritime ports – they can include airports. Indeed, one of the eight chosen freeport locations is East Midlands Airport, one of the UK’s busiest cargo airports, second only to Heathrow, and handling over 320,000 tonnes of flown cargo every year.

As Unite the union pointed out to their members during the consultation phase, “Freeports are similar to free trade zones or ‘enterprise zones’…The difference is that a freeport is designed to specifically encourage businesses that import, process and then re-export goods, rather than more general business support or regional ‘levelling up’ objectives.”

‘How does this policy relate to the industrial strategy? A good question…’

These days a search for “UK industrial strategy” takes you to a government website telling you that the strategy has been archived. The site goes on to say that the government is “transitioning the Industrial Strategy into our Plan for Growth and its related strategies”

The site includes an introduction from the prime minister which talks about a “post-industrial era”, as if such a thing were possible. Everyone relies on industry for everyday living, so the use of this phrase should always be challenged.

The Plan for Growth describes itself as being based on three core pillars: infrastructure, skills, and innovation. All important issues in themselves but a long way from a coherent industrial strategy which one would expect to begin with an analysis of what Britain requires to meet the needs of its population. So the freeports policy does not sit as part of an industrial strategy – rather it is loosely connected to the “pillars” in the Plan for Growth.

So surely the freeports policy is part of the national infrastructure plan?

Another good question. And the answer is “No, not really”. For a start, an underpinning principle of the national infrastructure plan is about the connectivity of the whole of the UK and freeports are only an English initiative.

The government originally aimed to create ten free ports, seven in England and one each in Wales, Scotland or Northern Ireland. But the devolved administrations would not support it. Holyrood now proposed “greenports”, Wales has not made a decision and the Northern Ireland Protocol is a potential block on development there.

Locally the initiative has not been planned with other aspects of infrastructure. Maggie Simpson from the Rail Freight Group points out that “none of the free ports in the North of England have got the right rail connectivity at the moment”, and those further south don’t fare much better.

The only way to counter this now is to use the decision on freeports to demand better rail connections. For example, Stewart Swinburn, a Conservative councillor in North East Lincolnshire, whose patch includes the major port of Immingham, points out that HS2 will be vital for freeing up capacity on lines currently used for passenger services so that goods and materials can reach the Humber freeport.

The other vital planning consideration is that the UK has 120 commercial ports and proper infrastructure planning would not be about splitting off eight of them. Rather the focus would be on their quite different characteristics such as the fact that some are specialised container ports, only some can deal with agricultural goods and others are designed for specialised bulk traffic, such as coal or oil.

And what about the impact of the eight freeports on other ports? As Unite argued in the consultation period, there is evidence that freeports and zones don’t create new economic activity “but rather relocate existing work from other areas with the promise of tax breaks. The movement of jobs pits regions against each other, with the double impact of one area losing employment and revenue for local authorities, while employers in the freeport zone avoid tax.” So, the risk is clear.

Under the slogan “From Free Zones to Union Zones” the Unite union has already begun a process of mapping and identification in the eight locations. It is identifying all the workplaces which will fall within them – be they the port, logistics or warehousing centres, manufacturing, or construction projects.

Unite will then identify areas of union density and those areas where recruitment is vital in a programme involving local reps working with the national industrial sectors and the research department. This can then lead to more specific demands around maintaining and improving pay and conditions.

Employers will see freeports as an opportunity to undercut wages and conditions, with negative impact on other ports. The union challenge is to turn that aspiration on its head, utilising the connections between sectors within freeports to workers’ own advantage.