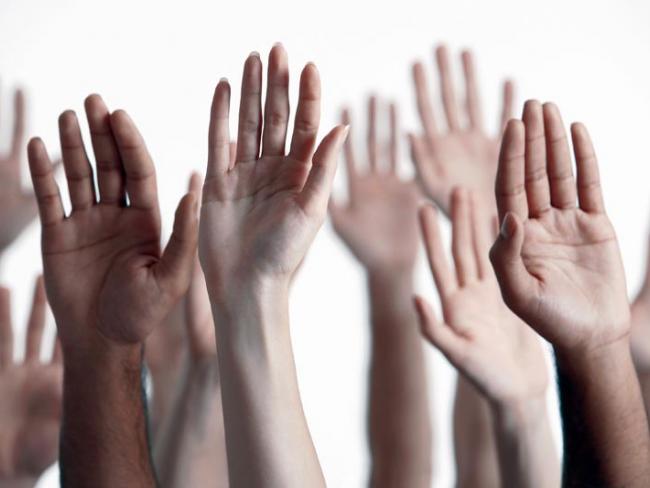 Lack of participation is throttling the labour movement. We need unity and participation, not minority ‘activists’.

How heartening to be in a united and determined group of workers who successfully resist a move against them or gain an improvement. What could be better? When this happens we set down a marker that cannot be ignored and has a positive effect on others elsewhere. It advertises clearly the benefits of the collective approach better than anything else.

Securing a common acceptance of the road to be taken by any group of workers or the class as a whole is the most important factor in the development of thinking and the creation of a class ideology. It won’t just happen – it has to be worked for.

The most essential step is to get more workers to become involved. Lack of participation is the prime handicap to successful action, as it holds back more willing ones. Advance never comes from only a minority being prepared to get stuck in. If a minority cannot win over a reasonable majority, we must conclude that there is still work to do convincing people, as such weakness will be spotted by the employer or the government and duly exploited – no doubt – to divide us further.

So, how do you tease commitment out of people? How do you overcome reluctance to getting involved? There’s not one magic approach, but the answer lies somewhere in the realm of discussion, argument and reason among work colleagues.

No fence to sit on

Realising there isn’t a fence to sit on is the first step. When conditions are being worsened and lives should be being bettered, to feign apathy or uninterest or even antipathy to avoid involvement is only subjugation. Therefore, organise.

After the current prolonged period of counterrevolution and its hemming in of our living standards and social provision, increasing numbers of people are considering taking up the cudgels again. But organisation and struggle might be new to many or not practised for a long time by others. Renewed attention will have to be paid to the art of struggle. It is an art to get people to voluntarily combine their efforts and forge a common identity. Some methods are good; others disastrous.

The fight for pay can be a great spur to unity. There have been some welcome signs of working class renewal in this area. The best responses have been in factories and industries where union membership is concentrated around similar skills or jobs.

In these places votes cast in union ballots for action have been very high, often in the 80 to 90 per cent region. Usually in these cases settlements have been agreed despite the protestations of companies at first that there would be no increases. These battles have shown the influence of unions. They are still alive, and capable of delivering for members.

Unity can also be built on conditions of work and service. There is so much that is wrong in the work environment, you don’t have to invent a cause to take up. Select the one that causes most upset to the most people. Raise it in a collective way and seek improvements.

‘Advance never comes from only a minority being
prepared to get stuck in.’

Even just talking about such issues in union groups can lead to convulsions inside management. It can have a reinvigorating effect on a workplace if good tactics are used to tackle the issue and seek a remedy.

We need to follow the example of those who created the first trade unions in Britain. No doubts our forebears would have thought the odds stacked against them, but they forged collective combinations and resisted the demands of capital. They joined together in conditions often of great danger and secrecy. We can do the same.

We must take a long hard look at the innards of our trade unions, not just their facades, and examine whether they are well rooted or not. If they’re not, put them right. Or new ones will emerge.

Does the way our trade unions are arranged foster active unity or generate non-involvement, because everything is so remote and far away? In particular those super-sized unions – the product of endless mergers rather than real membership growth – project the mirage of strength while not necessarily providing it where it matters, inside workplaces and work sectors.

We want the reality of actual strength inside workplaces and sectors to fend off attacks or make advances. We don’t want remote leviathans. Our class organisations must be tailored to fit actual or potential members, be easy for lay members to get involved in and dictate the issues and solutions where they work.

If a massive union straddles lots of different work activities, then perhaps trade unionists will have to internally reassemble it on the basis of skill or occupation groups. That way it will be easier for members to be fully involved, or mobilised.

Strength resides around class identities. To be effective unions must exert an influence in the workplace, where each collective should seek an impact over working arrangements. Combine. Enforce your common interests. Exert a work discipline. Because organised workers who press their case get respect and make an impact.

In some unions the major voices of disunity come from varieties of ultra-left or other “activist” politicos. Though small in number, they have a devastating impact of weakening struggle and are stridently divisive. This often happens where the mass of workers have withdrawn from union activity and there are not enough brave people wishing to openly disagree with their poor tactics and strategy.

These self-styled activists are happy to shun the general union membership; indeed they do their best by their behaviour and policies to discourage widespread participation. These people are consumed by the zeal of stupidity.

One example from education in Newham, east London, indicates the terrible consequences they can have. For many years, until about 2008, the line was held of resisting academies in Newham.

Fortunately the first big fight against the imposition of an academy was in a secondary school where there were no ultra-leftists and a communist leadership. Eventually the academy sponsor was fended off and a cooperative solution was found to stop the school passing into private control.

There have been no successes since then. Later a number of Newham secondary schools have become academies, because ultra-left leadership inside these schools was incapable of uniting the teaching force or local community to fight off the changes.

Politics count. This notion of reliance on “activism” as against a conscious involved membership takes responsibility away from workers and preserves control in a pre-ordained caste of a few. Workers must return en masse to trade unions and clear them of the lunacies of this fifth column.

Tactics and strategy are the lifeblood of a working class wanting to survive and prosper. In the early phases it will have to be guerrilla tactics nationally and locally because we are unable at the moment to muster direct offensives on a large scale.

The endlessly repeated mindless chant of “general strike, general strike” is a substitute for thought and a refusal to think about the best way forward. A general strike is really a political weapon to be reserved for those circumstances when a working class wants to overthrow the exploiters’ system and seize the levers of power. Otherwise, a general strike should not be broached; other more irregular tactics should apply.

The way to win

However unlikely it may appear now, we can win in the future. If our class sticks to the enabling view that it must “come to the fore”, and must rely upon its own exertions to resist and advance, then change will ensue and the working class will start to dictate events.

Don’t run away from problems. Face them, because you are the only solution. Avoid crippling divisions and diversions. Press your causes. Increase active unity. If we garner strength in this way, then in the future working class influence will increase, and things that have not appeared remotely possible for ages will surge centre stage again.

‘We must take a long hard look at the innards of our trade unions, not just their facades.’

The development of an extensive network of working class strongholds across Britain can break and dispel the economic fetters and political oppression of capitalism that constrains everyone. The combined skills and talents of our class make it possible for us to challenge and sweep away capitalism; the very same virtues will be the means of reconstruction under socialism.

The greatest productive force is the working class. Because we can, our class must effect this change and move history on to new ground. There is no option but to do it ourselves. We must be masters of our own destiny.

There are some signs of a reawakening in our class. Will it spread?

If we can restore working class strength, then think of the potential of our class. We embrace all occupations, skills and talents necessary to run and deliver a whole society and a complete economy. We can manage it, literally, without the capitalists. We must find ways to represent this vision of the future in the present.

First they come for the unions
After the election
Who needs the EU? Not the motor industry…
Why Britain needs an industrial policy
Yes to Britain, no to the EU