Skip to main content
Home » News/Views » They call it a housing market, but it’s just chaos

They call it a housing market, but it’s just chaos 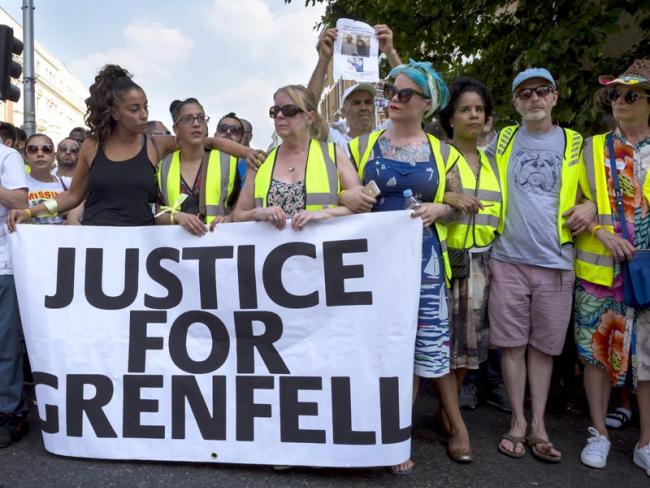 "We need a revolution, man" – these are the words of an angry resident of the Lancaster West estate to a journalist, following the Grenfell Tower fire in June. Indeed. Well there's no revolution without a plan.

After the vote for independence from the EU we need to develop a national plan for housing – one that does not depend on “the market” in general, and certainly not the EU Single Market with its free movement of labour, and that other vaunted freedom, of capital, which has created such a gulf between London and the regions.

Many assume EU membership is irrelevant to housing, being a domestic issue, but all the basic tenets of the EU impact on our ability to house our people. Leaving means we are free to make a fresh start.

The government says Britain needs a million new homes by 2020, and the housing market must be encouraged to provide them. The implication is that developers must be given free rein, allow building everywhere they want to build. But when we look at the housing “market” all we see is chaos. We certainly don't want more of the same.

Many young people today are self-employed and working in the casual economy, choosing to live as singles and as single parents, stigmatised by mortgage lenders. Home ownership does not even appear on their radar. Renting is the only option, but there is probably nothing they can afford to rent.

What about social housing then? The reality is that over the last 30 years or more, the market has come to subsume social housing. The term “affordable housing” has taken its place; the words trip off the tongue of parliamentarians, who have lost touch with the cost of living. We are in the era of the unaffordable affordable. It’s a total mismatch between housing costs and wages and a bonanza for foreign investors.

‘When we look at the housing “market”, all we see is chaos.’

The housing market is rife with corruption. House builders like Bovis water down design codes. They rake in money before houses are signed off for quality so that an incredible 98 per cent of buyers report defects and are then are bought off with discounts to keep them quiet. To resolve disputes, builders are paid off by their own standard-setting body the National House Building Council. Cosy relationships riddle the construction industry, so standards are not upheld.

Homes are built not for need but as investments. “My home is my pension” is a common refrain.  With government incentives such as tax concessions for Airbnb letting, workers are sucked into landlordism – a substitute for work and for a working class fight for pay and conditions including pensions.

Land is banked – hoovered up and drip fed onto the market to maximise profits. Local people and local plans are overridden. There is the scourge of infill. Back gardens and even courtyards are at risk.

Councils, who can decide these issues, are also often corrupt. A BBC Report claimed that in 2016 under Section 106 of the new Housing and Planning Act, Kensington and Chelsea had legally accepted a bung from developers of £47.3 million in lieu of affordable housing, and had built only 336 affordable homes since 2011. You may go to the Town Hall, where you are allowed to speak for a maximum of five minutes before a planning committee, which may also have approved flammable cladding.

The Red Tape Initiative is linked to the Policy Exchange think tank which in 2013 called for demolition of all high-rise estates built between the 1950s and 1980s – 360,000 council homes and a million residents. In 2012 it published the paper Ending Expensive Social Tenancies, an aim it said could be achieved using receipts from properties which had been sold off, to build “affordable” housing.

Four years later, this same document passed into UK law as Chapter 3, Part 4, of the 2016 Housing and Planning Act, thereby adding legal force to the plan to move from public to private, and much higher rents.

Conservative housing policies have become infamous after the Grenfell fire. The role played by privatised management and Town Hall corruption and unaccountability have been exposed in the case of Kensington and Chelsea, and recognised as more widespread. And Labour policies for decades have also been to extend the role of the market, withdraw from responsibility for housing, and favour landlords over tenants. Using the excuse of lacking money, they also enter sweetheart deals with developers. The London mayor has been squeezing out industrial sites that provide much-needed jobs in favour of “affordable” homes, easing requirements for planning permission to allow developers to move in.

Housing policy emanating from successive governments has created an almighty mess. It makes no sense, unless we understand the desperation of capitalism to acquire a new lease of life. EU liberalisation, privatisation, freeing up the market, was the shot in the arm. Brussels and its court would assume responsibility for things the nation state had previously done. Successive British governments heaved a sigh of relief and washed their hands of any duty of care.

London mayors, Labour and the unions say build more houses, let the population explode, welcome migrants. They too unveil plans for “affordable” homes which even those in relatively well paid jobs find unaffordable – either to rent or to buy. So, still an almighty mess.

After Brexit, we can take control. Where there has been deregulation, regulate. Control construction. It took the fire of 1666 to realise the need for that. So the London Building Acts were drawn up, with effective legal enforcement by surveyors and inspectors who took their professional responsibilities and expertise seriously, regardless of any defects of national or local government – a bit like the civil service. All this has been thrown away, as demonstrated by Grenfell.

We have to restore housing to its proper use – a place to grow up in, with space for homework. A place to come back to after work and recharge the batteries. Space outside too, for play and recreation. Between the tower blocks – if we must have tower blocks. Some people like them.  One in seven families had no access to green space last year.

Where there are no longer jobs because industry has gone, houses lie empty and become derelict. There are as many empty homes as homeless people. 279,000 empty homes: 250,000 homeless people. 20,000 more empty than 6 months ago. Local authorities are doing nothing to seize them.  Why not use their powers? Excuses abound. A similar situation exists in Scotland and Wales. Empty businesses such as pubs (once the focus of after-work socialising) also go to rack and ruin or are turned into luxury flats.

The whole economy needs to be reorganised post Brexit – for need, not profit. The regeneration of fishing communities that will follow Brexit needs housing. The industrial use of lithium in Cornwall (required for electric cars) – needs housing for local people, not second homes.

We must restore regional and generational balance, end the deprivation and lack of investment in our towns and villages, and renovate good housing outside London. Housing infrastructure and jobs must grow together – and schools, parks, shows, medical centres and transport links. Housing is no good without all the amenities.

The right to buy reduces stock and encourages working class profiteers. And it results in different rules for leaseholders. Altogether, it is impossible for councils to control what goes on inside RTB flats, pitting individual against community.

Millions of pounds from RTB are sitting in the Treasury. They must be released for housing needs. Meanwhile, the policy of help-to-buy feeds price inflation using public subsidy. It is used to buy bigger houses – a government survey found 57 per cent of those using help-to-buy said they could have afforded a home without it.

Trade unions should focus on housing – a pay increase is necessary to cover its high cost. Social housing, or rented and leasehold housing in the public sector, while now despised and replaced with private so-called “affordable” housing, in fact has a history worth studying.

In the 1940s and 1950s housing moved from tin bath in a tied cottage to spacious council houses with gardens. There was a fine tradition of model homes, mutuals and the Co-op. There were enough bedrooms for family visits, and families could be self sufficient in vegetables and poultry – part of the proud independent postwar mentality. The working class was assertive, having defended Britain, and forced the new government under Clement Atlee into a show of appreciation.

‘Nothing will happen unless the many, not the few, take action.’

The 1960s and 1970s saw idealistic urban planning. Yet since the flurry of house building in the immediate aftermath of World War Two standards and supply have been steadily degraded – with some utopian, but ultimately doomed, exceptions. Arms-length management by local authorities (which is no management at all) now means that tenants no longer know who to hold accountable, or even whether a British, French or Dutch firm is supplying the services, collecting the rubbish, fixing the boiler.

Nothing will happen to make a housing revolution unless the many, not the few, take action to make it happen. Let's get trade unions involved, push politicians aside unless they sign up to our working class policy – starting with Brexit. Fight for wages to meet housing costs, above all for a totally new plan for housing.

• An article focusing on Grenfell Tower will be published in the next issue. This article is a shortened and edited version of a speech at a CPBML meeting in London in September.

• Related article: A plan to house the people