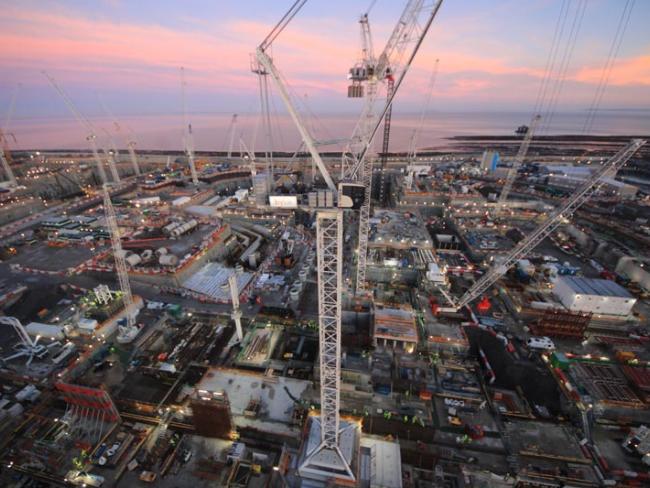 The future for energy production in Britain remains becalmed and uncertain. That’s due to decades of government indifference and a lack of forward planning. This can’t continue if Britain is to thrive.

The troubled Hinkley Point C nuclear power station in Somerset is a prime example. The site was selected in 2010, but substantive construction only began in 2017. During that time ownership changed, China became involved and the EU interfered over state aid rules.

French energy company EDF is jointly constructing the reactor with Chinese state owned firm CGN. In 2017 it expected completion by 2025. It now forecasts further delays due to the coronavirus pandemic, possibly until 2027. And even before that the construction cost had risen from £18 billion agreed in 2016 to an estimated £23 billion.

Worse still, the terrible deal made by the British government in 2016 is likely to mean that the power generated is uncompetitive. And we will have to pay EDF for the shortfall. In 2017 the National Audit Office estimated the cost to British workers at £50 billion over the life of the plant.

The French market regulator has fined EDF £4.5 million for deliberately concealing changes to its funding arrangement with the British government, artificially raising its share price. This shambles is the price we pay for a lack of control and not insisting on British design and British construction to meet our own energy needs.

The danger of pursuing a policy of dependence on other countries for the development of such a vital part of our infrastructure is further illustrated by proposals for the Moorside plant in Cumbria. Japanese firm Toshiba had originally been awarded the contract, but walked away in 2018 when it failed to find a buyer for its UK subsidiary NuGeneration, which would be doing the work.

Copeland Council, which has plans for a “green energy hub” on the Moorside site, next to the Sellafield nuclear reprocessing plant, has received two bids for the project. One, from the Small Module Reactor (SMR) consortium, led by Rolls Royce, plans a low carbon power station with a small light water reactor. The other bid, unbelievably, comes from none other than EDF, which proposes to build two pressurised water reactors to the same design as the one at Hinkley Point C.

Unabashed by its own incompetence, EDF has also set its sights on new plants at Sizewell in Suffolk and Bradwell in Essex. This folly cannot be allowed to go on.

Giving the green light to the SMR bid at Moorside would be a shot in the arm for British engineering and begin to put this country back in control of its own energy.

Rolls Royce has been developing and maintaining small reactors for our submarines for decades. They can be manufactured on a production line to a proven specification, and have the potential to be built to scale for export, making a significant contribution to cutting global carbon emissions.

The debate about energy is often polarised. Nuclear power is demonised. Greenpeace hailed Toshiba’s withdrawal from Moorside as the last nail in the coffin of Britain’s nuclear programme. For them it’s a symbol of excessive industrialisation.

Yet we need energy to survive. Stop using it is no answer. Many of us have appreciated cleaner air in the absence of heavy traffic during lockdown. But that was due in part to a drop in economic activity – not sustainable in the long term.

Life must go on, goods have to be made and transported, people have to get to work. The practical, achievable way forward in the transition to cleaner energy is to plan ahead and invest heavily in new technologies.

We have a history of being a pioneering country, able to adapt to changing circumstances. The challenge for us is not to deindustrialise but to revolutionise the way we power industry.

For example the search is on for more efficient, reliable batteries. Battery powered vehicles have come a long way. British technology has played a part, but we still lag behind countries like Germany, China and the US. The government wants Britain to be a world leader in this emerging technology. So far that is little more than rhetoric.

We must first appreciate what we have and then plug the gaps. For instance, in close proximity in the West Midlands are Jaguar Land Rover and the UKBIC, a battery research centre due to open later this year. Nearby is the Warwick Manufacturing Group’s National Automotive Innovation Centre, already the largest auto research and development centre in Europe.

With pooled resources this one hub has the capacity to transform battery technology and build world beating electric cars. The missing piece is the batteries themselves, which presently have to be imported. Surely the case for constructing a battery production facility is compelling.

But the government has to play its part in deeds, not words. Investment in infrastructure, not least a huge increase in the number of charging points for cars, would address some British customers’ scepticism about electric cars and strengthen the home market potential.

The government’s “vision” for a zero-carbon future currently amounts to banning coal from power stations by 2024, stopping installation of domestic gas central heating one year later, and phasing out petrol, diesel and possibly hybrid cars by 2035.

The presumption is that almost all road vehicles will run on rechargeable electric batteries. But batteries have inherent limitations. The effectiveness of battery power for heavy-duty lorries and trains is questioned. And it’s unclear whether ships or aircraft can practically be electric powered.

The supply of rare earth metals used in battery manufacture is limited and they are expensive. Disposal or recycling is problematic and they are weighty in relation to payload. And without efficient energy storage, renewables are much less attractive.

Current technology may not be the whole answer. We must also explore other potential sources such as hydrogen (see Box) for a cleaner future for Britain.

• Related article: The promise of hydrogen