Time for a new democracy 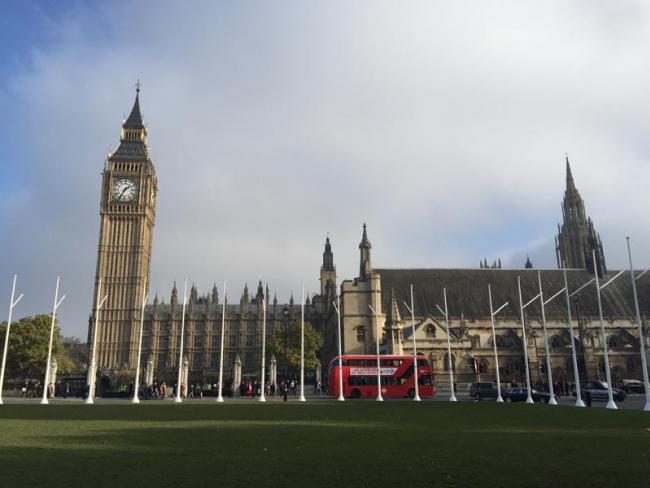 Parliament is a centre of anti-Brexit – anti-democratic – activity. Photo Workers.

We are at a crucial moment in British history. Are we going to press ahead confidently for a full Brexit that will allow the potential of our nation to flourish, or will we be cowed by the EU and voluntarily bind ourselves with such restrictive chains that leaving becomes remaining?

The problem, bluntly, is the machinery of what is called parliamentary democracy, but which increasingly is revealing itself as intensely anti-democratic.

“The people of Britain cannot rely on parliamentary democracy to carry out the referendum instruction.’

Delivering Brexit constitutionally depends on forcing the desired outcome onto a divided government and recalcitrant Westminster MPs, so many of whom supported Remain. And it has become crystal clear that the people of Britain cannot rely on parliamentary democracy to carry out the referendum instruction.

Brexit is not politics as usual. It is the most important political issue since the Civil War in the 17th century. At its heart is the question of whether Britain will exist as an independent nation. So the failure of parliamentary democracy to deliver on the referendum is not failure as usual. It shows that the entire system needs to change.

The people must exercise sovereignty to take control. The mechanisms are not yet to hand, but they must be created. And they can only be created in the battle with those who are seeking to betray Brexit.

That battle must be fought out in every arena – local and national, workplace, trade union. It will start as a form of resistance movement, but it must become more. We say it again: Take Control.

People have assumed that all they need to do is elect their representatives, and then they can then sit back while those representatives do the business. To take control, we all have to be involved.

We must concentrate the maximum pressure on the political establishment. We have to find ways to compel the government into leaving properly and to actively use the whole reach of the state to improve the condition of Britain. Preparations must be moved forward, so that full advantage is taken of Brexit.

With Brexit the state must implement a vision for Britain and target investment where we need to transform industry, infrastructure and skills. The state can guide productive forces forward (even under capitalism) – indeed it is often more daring and willing to take risks than private business.

The government must creatively use the state in a number of areas. Plan how to protect and increase the fishing industry and provide material and financial support now. Initiate studies into how to expand the electronic recording of the movement of goods in and out of the country. Manufacture the devices needed, if necessary in government-supported firms.

Work to keep our military forces independent of the EU and protect our domestic procurement industries. Devise a plan to develop a more self-sufficient energy industry.

Enhance our transport and communications network to sustain an increase in our economy.

Raise the skills of millions of British people in a planned and concerted way (proper apprenticeships, high-quality vocational courses and training, enlist the young for the future) so that Britain will have the skills to succeed – a key foundation for the country to thrive as an independent nation.

If the people are sincere about gaining independence from the EU, then everything we do before and after departure has to prepare and develop our country – its industry, infrastructure and assets – for this demanding new situation. We cannot stand still, we have to advance to independence.