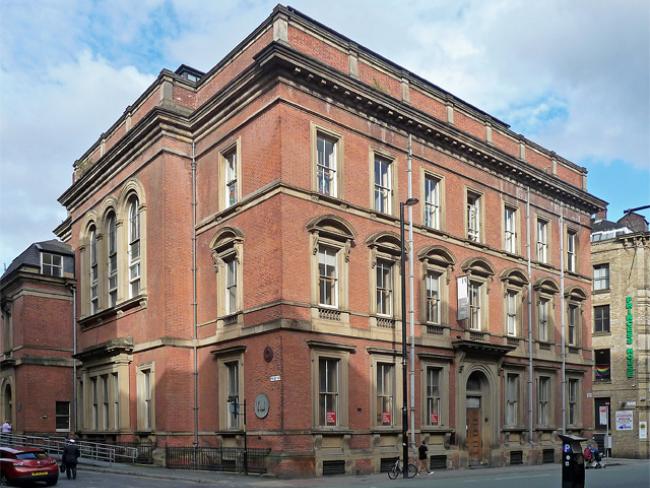 The former Mechanics' Institute, Princess Street, Manchester where the first Trade Union Congress was held in June 1868. It was built in 1854 as a centre for working class education. Photo Stephen Richards CC BY-SA 2.0

Workers need trade unions as much as ever. The recent Trades Union Congress in Brighton was the 149th since foundation in Manchester in 1868. The TUC and its affiliates are now preparing for the momentous 150th anniversary in 2018.

The hundredth anniversary history published by the TUC in 1968 was sub-titled “a pictorial survey of a social revolution”. Fifty years on, how has that social revolution progressed and what can we learn from the TUC’s history?

In 1868 the founding agenda proposed for debate:

Trade Unions remain an absolute necessity in this unenlightened era of the gig economy, Deliveroo and Uber, zero hours contracts, casualisation and so on. Questions have to be posed and answered. Why a declining number of trade unions affiliated to the TUC? Why a declining number of trade unionists at a time when there are more workers than ever in Britain’s history?

Determining the direction of the economy, dealing with the free movement of labour and the EU are more relevant than ever to British workers. Unfortunately the TUC forgets our history, having taken the EU’s 30 pieces of silver.

'Education and skill have been attacked and undermined governments and leftism.'

In 150 years to reduce the legal working week has reduced from over 60 hours to 48 hours, and even that is subject to EU opt-outs. The battle over the working day, working hour, working minute continues. Promoting apprenticeships, education, and skill remains as great a challenge as ever. All have been successively attacked and undermined during the last 40 years by both governments and leftism within the trade unions.

Inequality in 1868 was clear; it was about class – the impossibility of equality between those employed and those who employ. That inequality has not diminished. Yet now, instead of dealing with the cause of inequality – class and capitalism – all too often the cosmetic results of inequality are the only concern. Capitalism makes whole industries out of today’s equality and diversity agenda; and it especially promotes divisive thinking.

The first TUC in 1868 identified the need to enforce and extend the Factory Acts, regulating and restricting employers “freedoms”. And until the 1975 referendum to remain in the European Community, workplace and labour legislation was the ground over which battles royal of the trade unions and working class were fought.

Such progress ceased once trade unions and the TUC in particular abandoned independence of class organisation and thinking. They replaced it with the begging bowl of Oliver Twist held out to the EU.

How many Royal Commissions into the Trade Unions do we need? How many capitalist-inspired legal reforms (restrictions) of the trade unions have we tolerated? The result is that Britain has the most draconian anti-trade union legislation anywhere in the world outside of the USA!

So forward to the 150th anniversary but take time to reflect on what we need, how we are to get it and how to reclaim our unions. If the agenda and needs of workers has largely remained the same over 150 years, then the strategy pursued is surely wrong.