TUC and pay - time to grasp the nettle 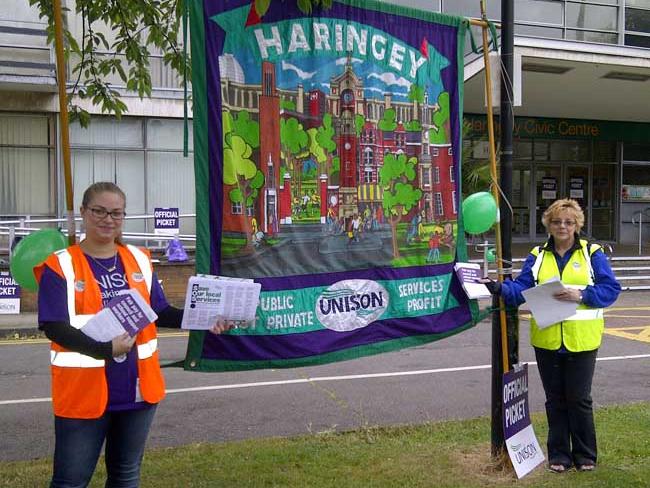 We need to destroy the pay freeze and put wages centre stage of the real relationship between workers and employers. Yet few want to talk about the obstacles to doing that…

A great slogan has been adopted for the TUC Congress opening in Liverpool in September: “Britain needs a pay rise.” The truth will out. Reportedly “a line has been drawn in the sand” over public sector pay. “Enough is enough’” is the mantra. Nearly every trade union has said pay has to be a critical factor in mobilising Britain’s trade union membership.

But how fit is the “army” that is supposed to break down the walls of the pay freeze? What is its state of consciousness and confidence?

This should be the focus of the TUC Congress 2014. But in preparations for Congress the real focus has been on May 2015 and the general election. TUC-affiliated trade unions are united only in the need for the government to go.

Any remaining energy is channelled into getting the Labour Party to retain its silence over key issues for the working class such as the EU and migration, and any other policy that (if changed) might distinguish it from the government. And also into making UKIP the bogeyman so as to distract from Labour’s monastic silence.

There is precious little unity beyond this – but plenty of manoeuvring, positioning, jockeying, buffing up of egos, armchair generals rehearsing their latest version of the general strike thesis, membership raids, diversions, posturing and rhetoric.

Few want to talk about the mounting obstacles to trade unions delivering what they are really there to do. Fragmentation, the atomisation of work, outsourcing and privatisation have made it almost impossible for GMB, Unison and Unite to run a ballot covering all those whom they previously would have balloted (see Workers, June 2014 and the Alemo-Herron EU Court decision). The election will not change this – only a united working class can.

There is commitment through the TUC Public Services Committee to joint action in mid-October across the public services – local government, education, health, etc. What is not agreed is what this action will be. Will it be a token stoppage – fifteen minutes, four hours, or 24 hours? What ballot mandate authorises the strike?

Earlier this summer, the GMB, Unison and Unite refused to publish the actual turn-out figures in the ballots authorising the 10 July local government stoppage, making public only the percentages of votes backing action. Some obviously think their memberships are stupid, cannot be trusted and are incapable of thinking and working out the maths themselves as to how many voted or did not vote.

The unions have also played into the enemy’s hands by letting employers allege a 6 per cent turnout! Such failed tactics have given the government the excuse to dust off plans for yet more anti-trade union legislation.

‘But the real focus has been on May 2015 and the general election.’

Health workers in Unison and the Royal College of Midwives are to ballot on whether to strike or take action short of strike, or both. The ballot runs from 28 August to 18 September. There is great unease in Unison ranks that any ballot result delivered for action will be on such a poor turnout as to be meaningless. The omens are not good: ballot results from internal Unison national service group elections among the health membership declared in June indicated a 40 per cent drop in turnout from 2012.

The last national action over pay in the NHS was in the early 1980s. It resulted in the Pay Review Body (PRB) – a sop to split the unions and split the unions and stop the Royal College of Nursing joining the 1980s action. Following a membership survey with a response rate of just 12 per cent, the Royal College of Nursing said in August that it will not ballot for action, playing up fears over patient safety, and will focus instead on…the May 2015 election. Members also appear to be saying they are more concerned about job security than pay – as if giving up on pay makes anyone’s job safe.

And there’s a fissure running through the Unison and Royal College of Midwives position. It is this: if the government had honoured the PRB proposal of a 1 per cent pay award then both unions would have accepted it. That’s because they are so wedded to the principle of the PRB deciding pay rather than the unions negotiating, and because the PRB denies members a role or asserting leadership and responsibility. That would mean the unions and our members having to function differently.

The government has thrown down a challenge: pick up the gauntlet and fight on a battlefield of its choice. Those who have picked up the gauntlet are now busily scratching their heads as to what to do and where to go.

Should the ballot vote be positive, you can be sure that any marginal gains from behind-the-scenes deals with NHS employers will be hailed as a magnificent victory with only token gestures – as with 5 June, where wonderful photos were generated but practically nothing else.

And at the 10 July local government strike, commissioned squads of GMB and Unite staff created wonderful photo opportunities but members in their thousands crossed picket lines. How can we involve the membership in devising action that can create unity, to prevent a repeat?

Meanwhile, 18 October will see the third national London-based demonstration called by the TUC against the government since 2010. The trade unions must remain British trade unions whatever the outcome of the Scottish Referendum. No split can be allowed by Scottish separatism trying to turn back the clock to before the birth of the trade unions. The demonstration can be a unifying event focusing British workers’ attention on the real enemy – the government and its employer backers.

Already there are calls for the demonstration to be “non-political” so as not to run foul of legislation related to funding political parties in general elections. What a fixation workers apparently have with obeying legislation designed to emasculate our every thought, aspiration and action!

Successive governments and employers are pursuing a strategy to make Britain’s workplaces union free. Trade union density in the private sector is 12 per cent. Outsourcing of the public sector is intended over a short period of years to shift the balance of power to one where trade union density is similar.

‘There is now a threat that trade unionism in the civil service could be re-defined.’

Government and employers are trying to replicate this elsewhere by incorporating unions through partnership working. That’s effectively a one-way street, turning the unions into organisations devoid of political consciousness.

There is to be a role for trade unions under the neoliberal market-driven capitalism of the 21st century but it is to be a neutered role. Workers’ rights will be a limited list of tick boxes. All trade unions are adopting the same clothes of business trade unionism, the US model of services to members wrapped up in the language of “organising”.

It might soon be impossible to tell the difference between the trade unions. All will have their standardised recruitment freebies, competing for the same members, chanting the same mantras, supporting every campaign possible as long as it does not challenge the beast itself: capitalism.

Unions and workers without ideology are like the straw man from The Wizard of Oz – without a brain! It will not be workers organising to assert their class power but workers being part of the company brand. They will then have to rediscover that they really have a brain after all.

A radical re-think is needed about how the trade union movement is to survive. The attempt to hijack unions with an ultra-leftist agenda or style of work is epitomised by Unite (which is not alone!). In classic Trotskyist style, its unachievable and undeliverable demands result solely in derecognition or, worse, the members walking away from the unions.

We need a strategy to make trade unions relevant in the workplace if we are to deal with the deindustrialisation of Britain, changed workplaces and employment. The emphasis has to be workplace, not community, not campaigns outside of work but how to deal with the employer at work. It requires strategies to overcome the great casualisation of the latter years of the 20th century and the intention in the 21st century to splinter workers into units as small as each individual. It requires rebuilding trade unions or even building new ones that can develop the consciousness needed to overcome this lack of identity.

The strengths of unity, organisation and discipline secured our survival through the Industrial Revolution. We have to apply them to the present day – to nurture a new class consciousness to survive this period and reclaim our birthright as a class.