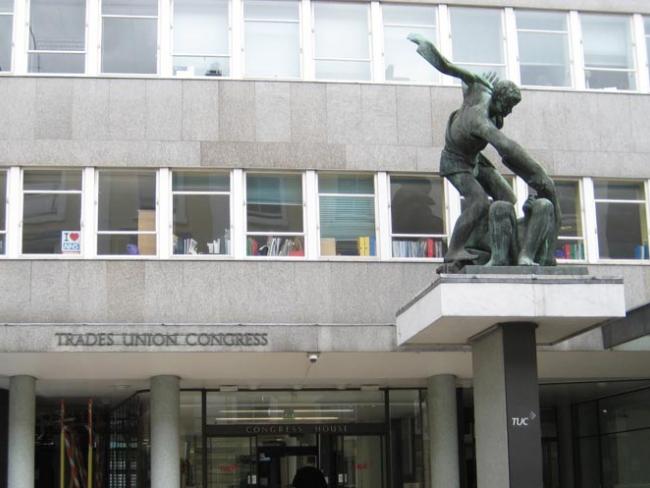 “In this movement, we’re democrats. We accept what the British people have said,” TUC general secretary Frances O’Grady told the TUC Congress. “So I say this: Whether you voted Remain or Leave; our job now is to get the best deal possible for working people.”

That, of course, was not said in Manchester this week. It was two years ago, in Brighton. In the immediate aftermath of the 2016 referendum on EU membership, the TUC, chastened, was making noises indicating that it accepted the result.

“The British people have been clear that they want the UK to leave the European Union,” blogged the head of the TUC European Union and International Relations Department in June 2016.

The TUC Congress this year in Manchester shows that it’s reverted to its pre-referendum role: as the glove puppet of the CBI.

It was all too predictable. Indeed, Workers predicted it in its latest issue.

There was at least debate in Manchester, forced by the RMT. The motion proposed by Unite was shot through with hypocrisy, saying, for example, that “we must respect the referendum result”. Its mover said it wasn’t calling for a second referendum, but it chose its words carefully: “Congress does not rule out the possibility of a campaign for people to have a final say on the final Brexit deal…”

As RMT general secretary Mick Cash pointed out, “Let’s be honest here: the people’s vote or popular vote is nothing more than a Trojan horse to a second EU referendum, a second referendum that will lead to social unrest.

“Congress, if I went back to my members with a deal they had already rejected I would get unrest as well,” he told delegates.

Other unions would do well to listen to the RMT, and start asserting their own sovereignty against the employers. The RMT is, after all, one of the few unions that has managed to grow consistently in recent years (without amalgamations), and one of the few which came to Manchester with a raft of members involved in industrial disputes over driver-only trains and victimisation.