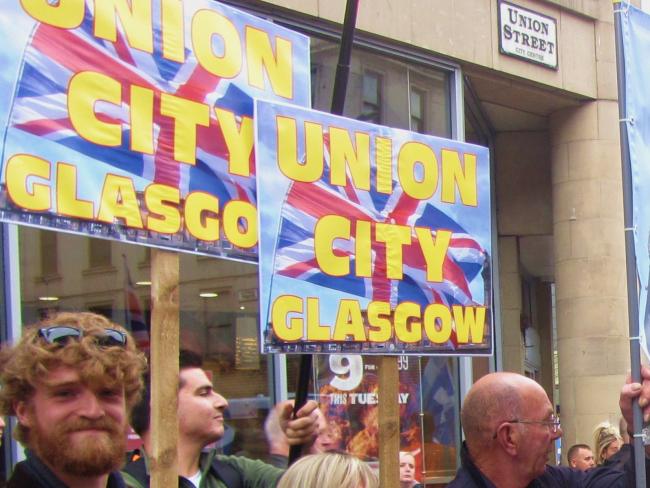 Three years since winning the Scottish referendum, supporters of a united Britain celebrated by the launch of a campaign “Union City Glasgow”. It aims to counter and reverse the notion of Glasgow as a “Yes” [to Scottish separatism] city. A large amount of publicity was generated when these banners and placards were held up as a separatist march passed. That was calling for a second independence referendum, with marchers showing EU and Catalan separatist flags.