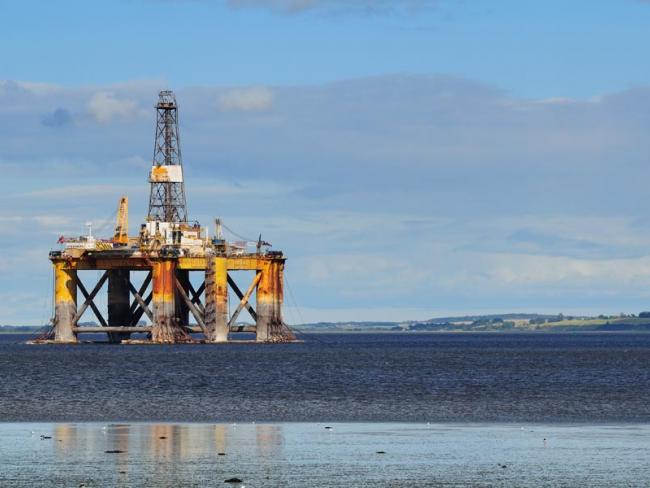 Oil platform in the Brent field, off Shetland. Photo astudio/shutterstock.com.

Unions and the offshore industry body Oil and Gas UK held talks about the future of the sector in Aberdeen yesterday (Friday 17 January), at the end of what RMT general secretary Mick Cash called a “grim week” for the industry. The talks were reported on BBC Online as being “open and constructive”.

Ahead of the meeting, the RMT union issued a statement referring to the “ongoing threat to jobs and the long-term security of the UK’s energy supplies”. The RMT is pushing for a halt to job cuts, after energy giant BP announced 200 jobs and 100 contractor roles would go following a review of its North Sea operations – and an announcement on Wednesday that oil industry contractor Schlumberger is set to axe up to 100 jobs.

This is the price oil industry workers are paying as the cost of a barrel of oil dropped to a low of about $46 earlier this week from a peak of about $115 last summer. Analysts like to say it’s a simple question of supply and demand, and point to Saudi Arabia’s refusal at a big OPEC meeting in Vienna in November to agree to cut supplies to maintain prices.

That was significant because the countries in OPEC, the oil producers’ club, account for some 40 per cent of the world’s oil production, But it is surely no accident that the chief countries suffering as oil prices plummet are high up on the US’s hitlist: Russia, Venezuela, Iran. The US, for its part, has been pumping oil into the international markets as fast as it can.

What is beyond doubt is that as prices fall, workers in the industry are having to pick up the tab.

‘As prices fall, workers in the industry are having to pick up the tab.’

RMT general secretary Mick Cash said: “RMT believes that these big, wealthy companies are forcing offshore workers to bear the brunt of what we see as a complete failure to plan for a downturn like the one we have been plunged into due to the slump in oil prices. Instead they have gone for a short-term slash and burn approach that will have long-term implications for the future of the entire industry and the security of the UK's energy supplies.

“RMT, along with our sister unions, is meeting with Oil and Gas UK where we will be pushing for a halt to the job cuts programme and an emergency package of measures to stave off the destruction of both jobs and infrastructure.”

He added: “The union is also continuing to lobby politicians for incentives to allow exploration, maintenance, safety and engineering development works to take place during this emergency period for the industry.”