Skip to main content
Home » News/Views » For a united Britain

For a united Britain 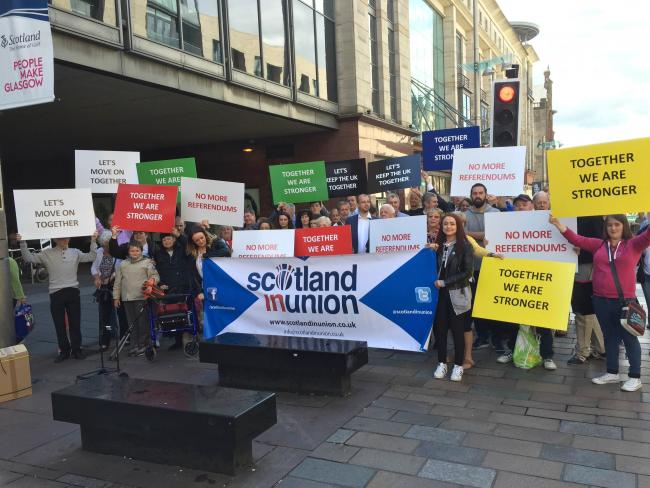 This superb book, recently out in paperback, makes a strong case for continued and renewed union as better both for Scots and for their fellow British citizens.

John Lloyd, a contributing editor for the Financial Times, looks behind the headlines to examine the case for independence and the strength of a united Britain. He also describes the indulgent parliamentary reaction to the claims of Scottish nationalists.

In August 2019 shadow Chancellor John McDonnell said that a Labour government would not try to prevent another referendum on secession. He said, “We would let the Scottish people decide. That’s democracy.” What’s democratic about breaking up a country without allowing the majority of its people any say in the matter? And in any case the Scottish people had decided in 2014, in a “once-in-a-lifetime” vote, to stay in Britain.

The Labour Party seems now to have a better policy. On 14 March 2020 Keir Starmer said, “There is obviously the question of whether people want Scotland to be torn apart and independent from the United Kingdom – I don’t. I think we are stronger if the whole United Kingdom stays together. I don’t want more borders.”

Starmer declined to support the SNP call another referendum. He said, “No, I think we should go into the 2021 election making the argument for the United Kingdom.” He appears to have realised that Labour can’t “outNat the Nats”.

Emile Simpson, a Scot who is now a fellow at Harvard University, wrote that a Scotland-only referendum entails “the injustice that all other British citizens have no democratic voice in the future of their own state…to have no voice feels culturally unjust. Not just for many of those among the 830,000 people born in Scotland who now live elsewhere in the United Kingdom (and thus can’t vote), but for many British citizens who feel that Scotland is inseparably intertwined with their broader cultural identity.”

The 2007-2008 financial crisis, brought about by finance capital, caused the huge economic damage. It could have been worse for Scotland were it not part of Britain. The Halifax Bank of Scotland and the Royal Bank of Scotland both collapsed in disgrace. As Lloyd notes, “the largest crash in British banking history…was only prevented from ruining Scotland by the fact that Scotland remained within the United Kingdom, and its taxpayers saved it.”

‘Scotland needs a single market with Britain far more than with the EU.’

There are more benefits than trade, The British government directly supports public spending in Scotland. It contributes £8 billion to £10 billion every year, about a fifth of Scotland’s spending.

Scotland outside Britain would lose all this money. And oil revenues would not fill the gap. The SNP claimed they would be around £6 billion to £7 billion for 2016-17. The actual figure was £0.2 billion.

After secession, the government of an independent Scotland would have to make huge cuts in public spending for many years. Lloyd suggests that an honest SNP slogan in any future referendum would have to be, “It’s Scotland’s austerity”.

The SNP likes to claim that the EU will save Scotland’s bacon. Yet the SNP also wants to keep the pound because it knows that the euro is unsafe –and unpopular. It wants to join the club but not pay the entrance fee: the EU insists that new members join the euro.

And the claims of independence freeing Scotland from remote political decisions don’t stand up either. The EU is far less democratic than Britain. The EU and most of its member states also ban secession or attempts to do so. In Britain, organisation to promote secession is allowed and protected.

Lloyd comments on the error of holding the EU up as a model of democracy, “at the same time as the EU and the more integrationist-leaning national leaders proclaim their commitment to making it more democratic, its most important moves are closed-door events. It is to this Union that the Scots nationalists, strongly sensitive to anything which smacks of undemocratic behaviour on the part of the Westminster government, propose to commit Scotland.”

Scottish nationalists, and some EU supporters, falsely accuse “England” of holding on to a reactionary, outdated memory of empire. Lloyd explains that, “The aim of those who believe that imperialist motives and reflexes still govern the English spirit is to show that this reactionary temper still deeply colours English views on the European Union, and its wholly unrealistic expectations for a successful future outside the EU.”

Those who subscribe to such views can’t see beyond negative motives in the 2016 vote for Brexit. They call Britain a “post-imperial” society. This is a backward-looking, reactionary concept, defining a society in terms of its past. It is as helpful as calling the whole of Britain a “post-feudal” society.

Lisa Nandy, the Labour MP for Wigan, wanted us to stay in the EU. But she wrote that her “leave-voting constituents have been called stupid racist little Englanders. The truth is nothing of the sort…when people were asked if they wanted to leave the EU, it was an opportunity to push back against one of the most vivid symbols of a political system that is faceless, unresponsive and unaccountable, where decisions are made by people hundreds of miles away.”

Lloyd argues that “the referendum vote for leaving the EU must, however, be respected: it was advertised as binding, and both the ruling Conservatives and the opposition Labour Party committed themselves to carrying the decision of the people through…No democracy can remain undamaged if it cancels out such commitments”.

Lloyd urges that “parliamentary democracy…must make clear that it opposes a secession which will, probably irreversibly, change radically the British state: it must be militant in the defence of the Union.”

He concludes, “Scotland, in the twenty-first century, is both as free and secure a nation as the world of the early twenty-first century allows. It would be worse than a mistake, a crime, to hazard that for an independence which can bring nothing better.”