The value of academic freedom 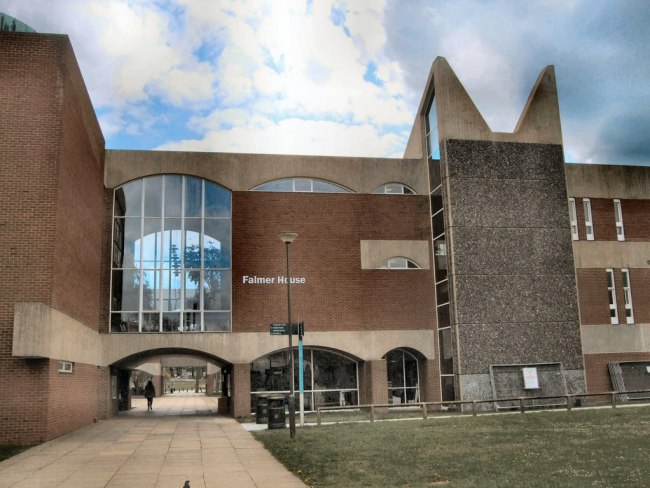 Falmer House at the entrance to the University of Sussex. Photo Paul Gillett (CC BY-SA 2.0).

Extreme anti-feminist activists at the University of Sussex have waged a campaign of harassment and threats against a distinguished analytic philosopher, Professor Kathleen Stock, demanding in posters and social media posts that the university sack her. Posts include images filmed with a backdrop of fire and smoke, and references to Britain as a “colonial shithole” and a “wretched island”.

Stock has reportedly been advised to take a security escort when on campus. Her crime? To have commented publicly on philosophical questions about sex, gender, and sexual orientation in ways that these anonymous activists disagreed with.

The university vice-chancellor issued a statement in support of her, of academic freedom, and of the right of their staff and students to be free from harassment and intimidation. But the branch officers of Sussex University and Colleges Union (UCU) took a different view.

Rather than support her, they issued a bizarre statement “in support of trans and non-binary communities at Sussex” which criticises the vice-chancellor’s statement and calls for an investigation into “institutional transphobia”.

The statement contains the puzzling assertion that “appeals to both employment rights and academic freedom are often instrumentalised”, a curious thing for an organisation self-identifying as a trade union to say. Sussex UCU’s officers completely failed to support Stock herself. UCU nationally has sided with its local branch committee.

The introduction of undergraduate tuition fees in 1998 by the Blair government – currently up to £9,250 a year – has encouraged some students to claim paying for tuition allows them to dictate the views they can be exposed to and, it would seem, demand the sacking of those they disagree with.

The harassment has been widely condemned by past and present Sussex students and staff. And more than 200 of Stock’s fellow philosophers have circulated an open letter to the university’s Dean of the Faculty and the Head of the Philosophy Department to express “our solidarity with Sussex in its support of Professor Stock’s academic freedom in the face of recent attacks”.

Separately a group of trans people wrote to The Times to defend Stock against “an unprincipled campaign of harassment and abuse”.

In 2009 the UCU passed a clear policy on academic freedom at universities. Still in force, it says that the union believes that “the freedoms to conduct research, teach, speak, and publish without interference or penalty, are increasingly under threat in UK universities and colleges”. It states that academic freedom includes the rights to “freedom in teaching and discussion”, “freedom in carrying out research without commercial or political interference” and “freedom from institutional censorship”.

The union had in mind the increased pressure on the academic and intellectual freedom of university teachers from a number of sources, government and private funders among them but also, increasingly, a deliberately engendered consumer mentality among students.

UCU members at Sussex and elsewhere must make the union’s officers stand by its policies, or stand aside for those who will.

The importance of free speech for trade unions is simple: debate in a union branch needs every member’s point of view, every perspective to be heard before a decision is reached. That done, members then know they can rely on everyone to carry it out, whatever position they took in discussion.

In scientific and academic discussion, too, the alternative to free debate is enforced adherence to dogma, and the suppression of new thinking.

As workers around the country debate how to build a new independent Britain, freedom of discussion becomes ever more important. We need universities to teach the workers of the future and to research new solutions to the problems that face us. That requires free discussion, most obviously in science, technology and medicine, but in the arts and humanities as well.

Take charge
Free speech and open discussion under attack
Discussion meeting (via Zoom): Freedom of speech, and why it matters
Free speech has to be defended