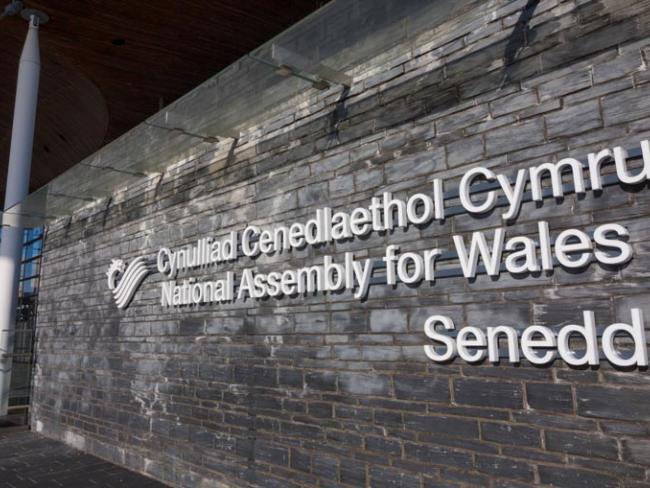 The Welsh Assembly in Cardiff, where the rules which specify its electorate have recently been altered. Photo Carl DeAbreu Photography/shutterstock.com.

In Wales – as in Scotland – shrill voices calling for more devolved powers. But many are asking whether Wales needs any more devolution. The coronavirus crisis has made the question even more important…

Everything comes under an intense spotlight in times of crisis. Things which we have taken for granted as part of the established order are suddenly thrown into sharp relief. Britain has got used to devolved administrations in Scotland and Wales, but when the going has got tough has devolution helped or hindered?

For a sense of what we're dealing with, look first at some of the history around Welsh devolution. In 1979 there was a narrow devolution vote in Wales for a Welsh Assembly (just 50.3 per cent agreeing). This was a much closer vote than the one in June 2016 when Britain voted to leave the EU, but after the 1979 referendum vote in Wales the process to form the assembly went ahead without any call for a “second vote”.

In the 1975 Common Market referendum, 64.8 per cent of Wales voters chose a Yes vote to remain in the EEC, and there were those who naively expected the 2016 vote to follow suit. In the event the 2016 EU referendum in Wales largely matched the overall UK outcome, with 52.5 per cent of voters choosing Leave on a turnout of 71.7 per cent.

After the vote to leave the EU in 2016 (and with no sense of irony that they owed their own positions in the Welsh Assembly to a much smaller majority in the Devolution referendum of 1979), a small but influential group of politicians put all their efforts into undermining the democratic decision.

Unlike many of those who still vote for them, the Welsh Labour Party campaigned for Remain and never really accepted that the majority of Wales’s voters chose to Leave, especially in the South Wales valleys. The current First Minister, Mark Drakeford, even called for a second referendum. He also agreed anti-Brexit statements with the Scottish First Minister Nicola Sturgeon.

Those who were keen to overturn the Britain-wide 2016 referendum decision to leave the EU have also been prominent in what goes under the nickname of the “piggyback movement”.

This is the thinking that Wales should take its lead from the SNP in Scotland and  should call for an independence referendum. These people say it seek to emulate the tactics of the SNP and take a “piggyback ride” on what they perceive to be a wave of support for Scottish independence.

One such tactic is the recent renaming of the Welsh Assembly. It is now officially called the Senedd/Welsh Parliament. (“Senedd” is the Welsh-language term for parliament). However, most people in Wales still call it The Assembly and also refer to the elected representatives there as AMs (assembly members).

‘The people of Wales were right to tell second home owners to return to their own areas..’

Labour Party politicians are central to the piggyback tactics. They even refer to themselves as “Welsh Labour”. But there is no such thing as Welsh Labour separately registered with the Electoral Commission, only the Labour Party. You may think these matters piddling but the leader of Welsh Labour Mark Drakeford is also First Minister. These separatist tactics are being played out at the highest level.

Wales does, of course, have what the Scottish Nationalist Party calls its “sister party” in the form of Plaid Cymru (Party of Wales) which was formed in 1925. It holds 4 of 40 Welsh seats in Westminster Parliament and 10 of 60 seats in the Welsh Assembly.

Just like the SNP, Plaid Cymru advocates “Independence in Europe” and backed Remain in the EU Referendum. It organised a number of Independence for Wales rallies in 2019 (another example of emulating an SNP tactic) but despite the coverage and the hype, in the General Election of December 2019 Plaid Cymru got just 9.9 per cent of the votes in Wales, down from 10.4 per cent in 2017.

The pandemic has brought the question of devolution into sharp relief. Under devolution health is a devolved responsibility – so how has it shaped up.

There were already examples where Wales needed to purchase bed capacity from English authorities to meet everyday health need. Now the concern is that it has fewer critical care beds per head of the population than the rest of Britain. And Wales having a growing and ageing population, and demand for critical care rising by 4 to 5 per cent each year.

So, has devolution worked for the health service in Wales? More importantly in a time of centralised planning, does it make any sense to plan beds for Wales separately from England? Most of the existing intensive care beds are in South Wales to reflect population distribution, but if there are cases in North Wales, why transfer them to South Wales – over mountain ranges or long distances around them?

‘After the vote to leave the EU a small but influential group of politicians put all their efforts into undermining the democratic decision.’

In any properly planned scenario, intensive care beds would be organised for Wales and Merseyside in England as one area – especially as many people from Wales who currently need advanced surgery travel to Liverpool for care, with payment flowing from NHS Wales to NHS England.

So the people of Wales were right to tell the second home owners to return to their own areas and not to buy the limited stock in the local shops. Nor to occupy the limited beds if they got sick. As Dr Jack Parry Jones of the Faculty of Intensive Care Medicine said, “We know in Wales we have fewer critical beds than the rest of the UK, and the UK has fewer than many countries in Europe. So that puts us more uniquely at risk of any surge in demand when we don't have enough supply.”

In this strange period when its beautiful countryside and beaches are emptied of tourists, the population in Wales is taking a hard look at itself. It has long known that it is overdependent on tourism for employment and it needs to diversify. How will it survive this crisis?

Despite the deindustrialisation of recent decades Wales has key manufacturing centres in two of the UK’s strongest export sectors – automotive and aerospace. In addition, major multinationals like Tata Steel have enormous local and regional impacts on the country.

Port Talbot Steelworks remains an integrated steel-making site using imported ore and coal. Together with Llanwern steelworks, the plants produced up to 3.5 million tonnes of hot rolled steel and cold rolled annealed steel coils a year, for a variety of different end uses. Output is taken by rail to Shotton in North Wales for coating (galvanised coil); Trostre in South Wales near Llanelli for tinplating; or direct to the Midlands for the motor industry and domestic goods.

All of these productive processes could contribute to materials urgently required for manufactured goods in the current crisis – whether ventilators or fridge freezers – and for key products required for Britain to have an independent manufacturing capacity.

There is still a reservoir of engineering and other manufacturing skill in Wales which if integrated into the British economy in a planned manner will be a source of future prosperity.

An example of this engineering ingenuity is the way the skilled workforce at the Royal Mint in Llantrisant in the South Wales valleys has already switched its production lines from coins to full face visors. It is to manufacture up to 4,000 medical visors per day to help protect NHS staff. Engineers developed a successful prototype in 48 hours and the first visors are already in use at a hospital in Wales – showing that Wales can be a land of engineering as well as of song.

Greenwashing in Wales
Coal still needed in Wales
Who wants this forced federalism?
Wales – integral to Britain
UNITY NOT DEVOLUTION