Skip to main content
Home » News/Views » We have the power

We have the power 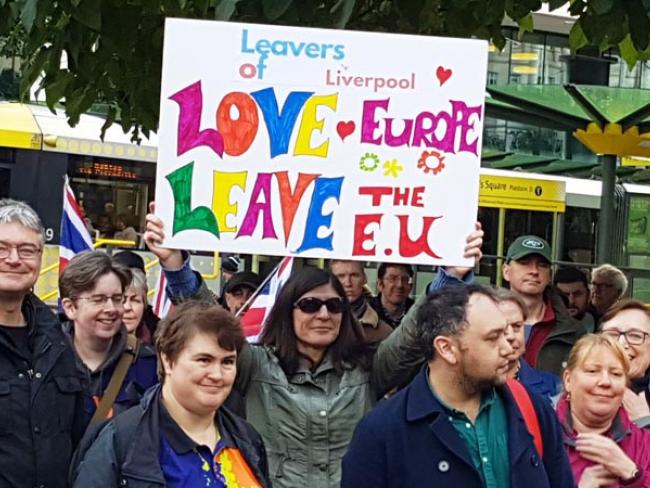 The spirit of independence: Liverpool marchers taking part in a demonstration in Manchester, October 2019. Photo Workers.

Capitalism has had its day. All it can do is look backwards. Only workers are looking to build a future for humanity, and they are doing so despite a sea of difficulties.

This issue of Workers shows a small part of this rising force: engineering workers fighting for a future for their industry, the Cuban people as they take on Covid-19, the clarity combatting division in Scotland, the NHS workers organising to keep their service going.

And as we go to press, the European Union has been forced off its high horse and into negotiations over Britain’s departure from its moribund mess. It would much rather not have had to negotiate at all. After all, its preferred mode of operation is to dictate.

So it tried to hold the line that if any agreement is to be reached all future moves must come from the UK and involve concessions on everything. And it failed.

Faced with the threat of no deal, its divisions – and its weakness – came to the fore. And, crucially, the European Union finally had to accept that its fifth column here, so rooted in the establishment, had failed to budge the resolve of the British people. We are leaving. It’s as simple as that.

Ever since the great EU referendum result in June 2016 – reinforced by the refusal to go backwards in the General Election of 2019 – the people of Britain have been pilloried by smug globalists at home and abroad. Every failure, real or imagined, has been dragged up as evidence that Britain is too small, too weak, too stupid to run its own affairs.

The government is not above criticism over Covid-19, but the sneering attacks from abroad (expats are particularly adept at this) on Britain’s management of the pandemic are just code for an attack on Brexit. It’s not as if France, Spain or Belgium were without problems themselves.

To the dismay of the empire builders in Brussels, workers in Britain have refused to be cowed, whatever odds seem to be stacked against them.

The truth is that with the referendum vote the British people stood up. Take Control is an extraordinarily powerful idea: it goes to the heart of the tasks facing the working class. We have regained control over our borders and our laws, yes. But workers want more: control over their workplaces and communities. We will not be the playthings of the multinationals, the slaves of profit.

Predicting the outcome of the Brexit negotiations is a fool’s game. Many obstacles remain. The only sure thing is that a final agreement will be presented as a fait accompli (on both sides). But whatever the deal – and it’s unlikely to be perfect – workers have the intellect and the determination to deal with it.