Whisky set to benefit from the Brexit spirit 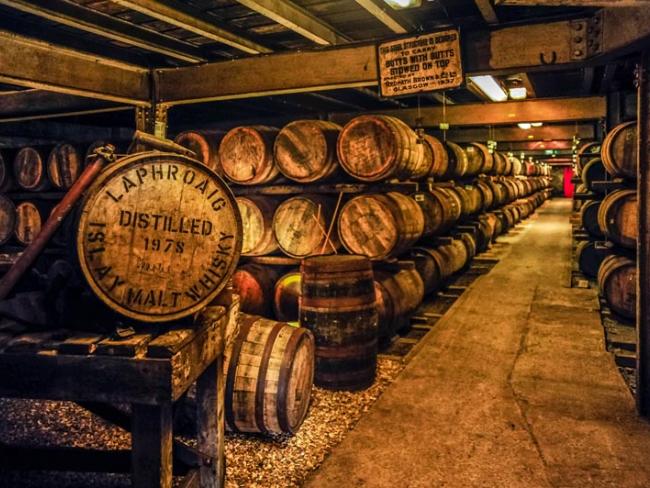 The Laphroaig distillery on Islay, the island that will host talks on the export of whisky. Photo Tyler W. Stipp/shutterstock.com

The government wants to reduce the cost of exporting whisky after Brexit, with ministers keen to open up new markets around the world for the drink, which is worth almost £5 billion annually to the British economy.

Scottish secretary David Mundell will hold talks on the island of Islay in the Hebrides with representatives of the Scotch Whisky Association and drinks manufacturer Diageo at the Caol Ila distillery. Export tariffs on Scotch range from zero to more than 150 per cent, and the government is looking at how future trading arrangements with other countries could reduce these for products such as whisky, smoked salmon and gin.

At present only the EU can agree trade deals of any kind, but with Brexit Britain will be free to negotiate its own arrangements. Currently, Scotch whisky is protected from sub-standard products by an EU-wide quality definition. So to safeguard itself, the industry is calling on the government to ensure that within the Brexit process a legal definition of whisky is enshrined into law.

There will also need to be specific protection for the industry in any future trade deal with the US, banning the import of sub-standard whisky.

Mundell has said: “Scotch whisky is a world-class product, globally recognised for its quality and heritage, and the industry employs thousands of people in Scotland and around the rest of the UK. We are determined to open up new markets around the world for the very best whisky our distillers have to offer – and to drive down any tariffs they face.”

International Trade Secretary Dr Liam Fox announced: “Reducing the costs for companies to sell overseas will become one way of further opening up free trade routes and boosting sales, and that's why I've tasked my international economic department to look at how we can support more businesses to build their brands abroad.”