Who’s counting? Not the government 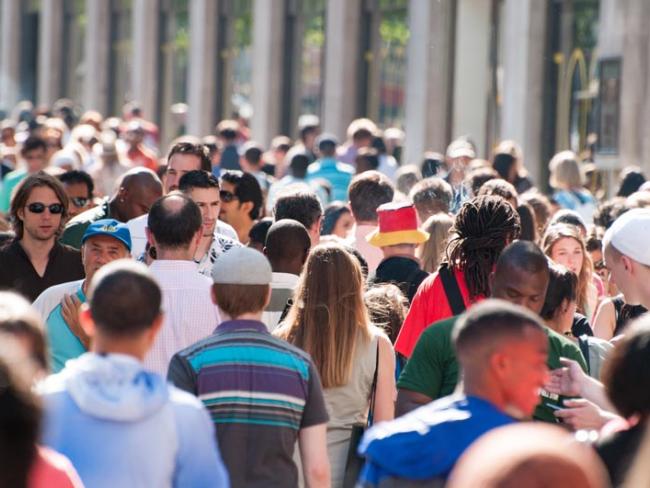 The government has no real idea how many people live in Britain. And it shows little sign of wanting to know. Photo Alex Segre/shutterstock.com.

To run a nation, you need to know who lives there – and much more besides. Without that information it’s impossible to run the economy and plan for housing, hospitals, schools, transport and more.

There’s no guarantee that having accurate data means it will be used well, but without it there’s little chance of making the right decisions. And there are clear signs that official figures for migration and the total British population are inaccurate, principally due to uncertainty about the number of EU nationals working in Britain but also because of what’s happened since the start of the pandemic.

The debate has become mired in views about migration policy and the number of illegal immigrants entering Britain – very few of whom are being sent back to their country of departure. But that focus has obscured the fact that the government doesn’t even know who’s here legally.

The British population has increased rapidly in the past 20 years, the result of the policy of all governments to rely ever more on migrant labour, aided by EU membership. Importing labour discourages training and innovation in Britain and makes the country vulnerable when conditions change – which is precisely what has happened with the coronavirus pandemic.

The EU’s fundamental principle of the free movement of labour makes things worse. It facilitates migratory workers and makes it hard for any nation to plan or track what’s happening. Meanwhile, Brussels reckons that two in three people working elsewhere in another member state return to their own country.

That’s bad for nations at both ends – leaving them unable to plan and vulnerable to changes – whether recession or pandemic. In effect it puts the market in charge, and not the needs of the people of either country.

Now even the Office for National Statistics (ONS) is being forced to confront its failures. In 2019 it finally accepted that its quarterly migration reports are “experimental” and should not be designated as “National Statistics”.

In 2018, analysis published by the independent Economic Statistics Centre for Excellence (ESCoE) raised doubts about the ONS migration figures – they simply did not tally with population estimates. While population estimates over the eight years to 2017 suggested a rise of 1.5 million in the number of people born in the EU and living here, migration statistics showed net migration from the EU of 950,000 over that period.

This matters – because people coming from the EU had unfettered rights to work and live in Britain – and could just as easily pack up and go home if they wished. And that’s what seems to have happened since the start of the pandemic.

Early in 2021, the ESCoE published another analysis which looked at a reported 1.3 million decrease in the population since the start of the pandemic and suggested large numbers of people originally from the EU had left.

ESCoE looked at employment statistics from ONS, which appeared to suggest an increase over the previous year of more than a quarter of a million people working in London and born in Britain – despite the pandemic! It then looked at other information, particularly about migration. Its conclusion: that many job losses during the pandemic fell on non-UK workers, which resulted in return migration rather than unemployment here.

And the Migration Observatory, based at Oxford University, came to broadly similar conclusions. Its work suggests that the total number of EU immigrants entering Britain between 2012 and 2020 was 1.6 million higher than the previous estimate of two million.

The impossible result for London’s population numbers is precisely that: impossible – a statistical artefact created by unfounded assumptions. Believe it or not, the ONS methodology actually “creates” new British-born people to “replace” those born abroad who have left the country and to grow the population to the previously forecast level.

So the figures are being made to fit the model, rather than the other way around.

The lack of accurate population figures directly affects Britain’s response to the coronavirus pandemic. Published vaccination rates are based on GP registrations, which differ from population estimates. If population figures are wrong it is likely, nationally and locally, that the effectiveness of the vaccination programme is being overestimated – or in some cases underestimated, particularly if foreign workers registered with GPs have actually left the country.

The ONS is working to improve its statistics, as it must. Firstly, knowing about population migration matters, and it’s not always straightforward to tell what’s happening. Secondly, large scale movements can disrupt plans and forecasts, especially as seems to have happened, where EU and non-EU nationals working here have behaved in different ways in response to the pandemic.

Initial results from the 2021 census will be available in 2022. That may tell us more. But in Scotland, where full responsibility for the census was devolved from 2001, Holyrood decided to defer the census until 2022. That’s a further limitation to understanding and planning for the whole of Britain.

The number of people resident in Britain but not born here more than doubled between 1991 and 2011 – from 3.8 million to 7.9 million – rising from 7 per cent of the population to 13 per cent. Most of that increase came after 2001. The trend has continued, though at a lesser rate.

The number of people newly in Britain is high, even if many have returned home recently. Distribution across the country is extremely uneven. Analysis published by the ONS in September 2021 suggests that in 15 London boroughs more than a quarter of residents are foreign nationals, and in 13 more than 40 per cent were born abroad.

Unsurprisingly London saw a high level of applications for the Home Office EU Settlement Scheme. And these figures reveal a high level of EU nationals in some other British towns and cities – in Boston, Peterborough, Leicester, and Corby more than one in five residents are EU nationals.

The scheme allowed EU nationals living here to register and retain the right to reside and work. The deadline was 30 June 2021, but it remains open for applications. The outstanding feature from the statistics is that there were millions more applications than the Home Office predicted.

When the scheme opened in 2019, 3.5 million people were thought to be eligible. By 30 September there had been 6.2 million applications. Excluding repeat applications, around 5.5 million individuals applied, with 4.9 million being granted settled or pre-settled status so far (around 94 per cent of the concluded applications).

In short, the government had no idea how many EU nationals were working here. The underestimate was around 1.6 million according to a Daily Telegraph analysis last June, based on work by the Migration Observatory.

The number of EU nationals who have yet to apply to the settlement scheme isn’t known. Their future is uncertain. Some will leave Britain. Others will fall into undocumented work alongside illegal migrants.

The failure to acknowledge the extent of migration has not just been a failure of government. Employers and unions have also shied away from the realities. Professional statisticians brought this up four or more years ago, but have been ignored. Asking these questions is right, not “racist”.

Enthusiasts for the free movement of labour, including most parliamentary politicians, want to deny the reality that far more people came from the EU to work here than anyone knew. The scale of those who have come to work in Britain or be with their families places demands on the nation to plan for and integrate them.

Denial, or not discussing the issues because it appears discriminatory, serves no one well. It simply leaves workers open to market forces and an unplanned, uncontrolled labour market.