Skip to main content
Home » News/Views » Who should run the bins in Brum?

Who should run the bins in Brum? 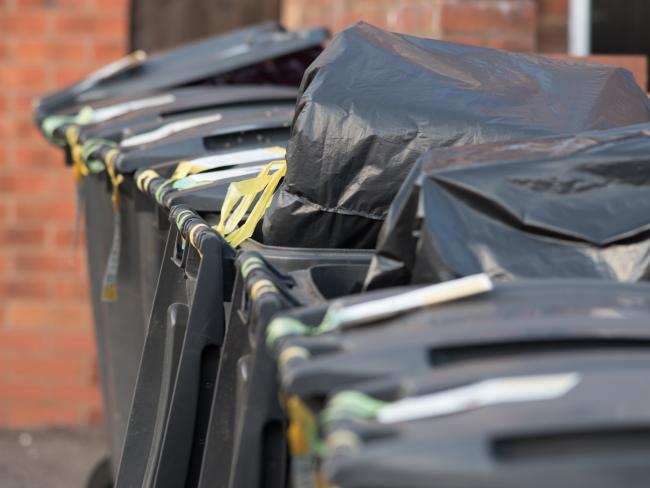 Rubbish collection in Birmingham has been disrupted for over three months. The city’s bin workers went on strike over job losses. They believed there was a settlement in August, only for the council to backtrack and the strike restarted. Action is suspended for now pending a court hearing, but the dispute is not over yet. The people of Birmingham should defend their high quality collection service.

The local authority in Birmingham employs workers to collect rubbish and perform certain recycling tasks. Birmingham City Council is the only major local authority that still retains full control of this service. Often taken for granted, bin and waste collection is a statutory duty for all councils. But across the country, central government starves local councils of the money to fund necessary services.

The result is more and more complaints about bin collections. The Local Government and Social Care Ombudsman said it upheld 81 per cent of the 498 complaints it received last year. In 2014/15 it upheld 55 per cent of 447 complaints.

Things are different in Birmingham. As one refuse worker said, “We offer a door to wagon service, not something that all councils do. Rather than picking your rubbish up at the kerbside we walk up your path, grab your wheelie bin from outside your house and return it once we’ve emptied it into the wagon. We also take any bin bags left to the side of the bin; we know other councils charge for this. It’s the same with the recycling too, which we do in separate rounds.”

But now Labour-controlled Birmingham City Council wants to “restructure” refuse services. The Unite union says that more than 120 jobs are at risk. Low-paid workers could lose up to £5,000 a year, nearly a quarter of a typical salary of £21,000 a year. Birmingham’s refuse workers went out on strike from 30 June against the scheme.

After workers had been on strike for seven weeks, council leader John Clancy struck a deal with them. He said no jobs would be lost; workers suspended their action. The union issued a statement saying that the council had agreed to restore the grade 3 jobs which had been under threat. These are jobs where workers are responsible for safety at the rear of the refuse vehicles.

Two weeks later a council report said the deal was “unaffordable”. Labour councillors proposed a no-confidence motion in their leader and issued redundancy notices to the workers, sending them back to the picket lines from 1 September. Following the criticism of his handling of the action, Mr Clancy resigned from his position saying he accepted he had made mistakes “for which he is sorry” and took “full responsibility”.

Unite argued that the council acted unlawfully in issuing the redundancy notices and stated that the deal struck with Mr Clancy was binding and should stand. The council said that Mr Clancy had acted without authority and that the deal was never supported by senior officials nor formally agreed by cabinet.

After a two-day hearing in the high court, Mr Justice Fraser ruled in favour of the union, granting them permission to bring forward a case against the council over its chaotic handing of the dispute. There is now an injunction blocking the redundancies and the downgrading of the binmen’s jobs. The union agreed on 20 September that its members would return to working a full day until the case is heard in November.

Unite assistant general secretary, Howard Beckett, said: “This judgment will be a huge relief to Birmingham’s bin workers, who in just a matter of weeks were facing losing their job or pay cuts of up to £5,000 a year. As part of the ruling, Unite will suspend its industrial action until the matter is put before a full court hearing at a later date. The high court ruling leaves Birmingham council’s unfair and unjust plans in tatters. The council needs to reflect on how it got here and the misery it has inflicted on the people of Birmingham and its own bin workers.”