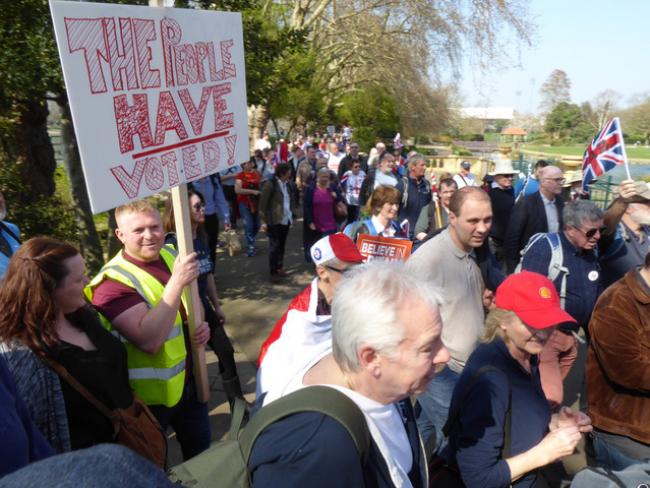 The evolution of sovereign states around the world has been an uneven process. Some were founded on shared nationhood, language and culture. Some on lines drawn by colonial rulers. Others out of the chaos of war.

But sovereign states have this in common: they are all that now stands between the peoples of the world and utter domination by the transnational monopolies that think the world is rightfully theirs to exploit.

The needs of monopolies are simple. They want to be able to shift goods, factories, people and investment anywhere in the world, and they want all countries in the world to sell the monopoly’s products – whether it’s a physical  object like a computer or intangible, like insurance.

That’s why these corporations – whether based in Europe, or the US, or China – love the EU. Not only does it constitutionally guarantee the free movement of capital, goods, services and persons (the term in the EU treaties), but it makes these principles paramount.

The word “persons” has a double meaning. On the one hand, it refers to people as workers: here free movement drives wages down, turning a whole continent into a reservoir of potentially cheaper labour.

But a company is also a “legal person”. Free movement here means the right to up sticks and relocate to a lower wage country – and in the process outlaw workers’ action to prevent this. (A ban enforced by the European Court of Justice.)

These principles are the free market made law, neoliberalism as a constitutional imperative. To call them freedoms is to make a mockery of the word, because the freedom of the people counts for nothing when it comes up against the wishes of capital.

And the EU has effectively enshrined these principles as permanent. The EU cannot be reformed. In fact, it has been built to ensure the eternal rule of the monopolies.

To reform its principles, to turn it into a weapon against the monopolies, would involve a treaty change approved unanimously by every member country. (Even the notoriously hard-to-change US constitution requires just three-quarters of its states to approve a change).

Wander about the corridors of Brussels and you will hear corporate lobbyists criticise the EU. But it’s a particular kind of criticism. They complain that it’s not moving fast enough. That the single market does not (yet) cover health and education. That there’s still too much red tape.

And they all complain about Brexit. Well, they would, wouldn’t they? For them the ultimate dirty word is “nationalism”. Because, of all the different kinds of sovereign states, the ones based on nation are the hardest for them to crack.

But they’re not having it all their own way. Their beloved EU–US TTIP “free trade” treaty, once within their reach, they thought, is languishing. They had hoped to use the combined force of the US and EU to impose a new order on the world economy – to the detriment of all nations, especially developing countries. Now, since Obama has gone, they’re back to square one.

The “free trade” treaties were designed to circumvent the refusal of countries in the World Trade Organization to accede to their demands. Now, people in Britain previously unaware of the WTO are saying we should leave the EU and follow WTO rules. Then we can trade freely around the world unshackled by EU trade rules.

Our vote to leave the EU has been a huge blow to the transnationals. It came from the knowledge that sovereignty matters because without it we have no possibility of controlling our lives.

Those who think they can overturn the referendum yet still oppose the multinationals are indulging in an act of wilful self-deception. The EU stands not for progress but for reaction.

And out of the Leave vote a new knowledge is developing, yet more dangerous for the corporate behemoths which think they can buy influence, politicians and power: that sovereignty must reside in the people, not in parliaments.