Skip to main content
Home » News/Views » Worked to the bone

Worked to the bone 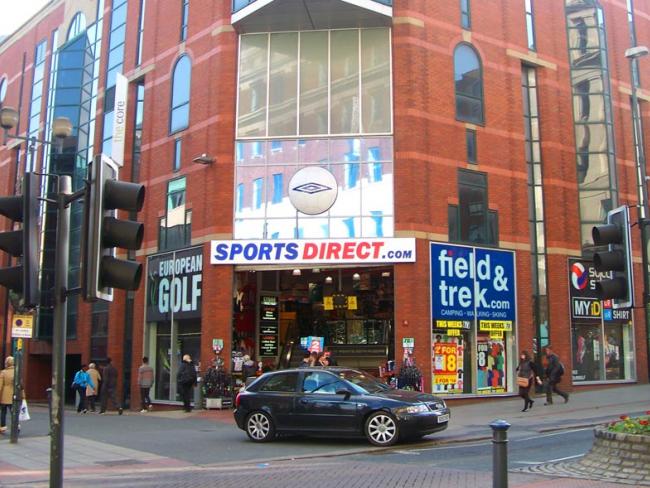 Sports Direct has become a byword for the use of zero-hours contracts. Picture shows its outlet in The Headrow, Leeds. Photo Mtaylor848 (CC BY-SA 3.0)

Working class resistance during the first industrial revolution stopped that capitalist drive. It had to be because otherwise British workers, as an appendage to the machine, with a life expectancy of between 25 and 30 years, would have been exterminated. The same battle confronts us now.

The so-called “Uber” and “Gig” economic models have made the individualised, self-employed division of the working class into units of single workers. The ultimate divide and rule of capitalism accompanies technological developments and a renewed assault on workers’ thinking.

A shiny high-tech office block is still a battery hen factory for those who work there, with every minute monitored and measured against productivity and profit.

So what thinking runs through British workers’ minds? Between 1918 and 2016 two core ideas emerged: the need for a “living wage” and a “working day”.

One of these ideas lives on with the trade unions (largely) wedded to the “living wage”, even though in many instances it constitutes a wage cut. And we fool ourselves that the new minimum wage of the government has been breached because we’ve implemented our own slightly higher minimum wage. Meanwhile, the working day is lengthening out of control.

Why has such thinking constantly re-emerged during the last 100 years and why is there such a passion for it now?

Rather than resist and assert ourselves, we tail behind capitalism. It means a failure in our confidence as workers to win, a failure in thinking and fatalism within our ranks.

The failures have to be challenged and changed. It’s the kind of pathetic thinking which Marxists and skilled workers ripped to shreds decades ago when there was a clamour for a “fair day’s pay” and Marx defined our understanding of the wages system.

‘We fool ourselves that the minimum wage has been breached.’

And the “working day”? There is greater confusion around hours than ever: more workers are in part-time multiple jobs because full-time permanent employment has been fragmented. More than ever are employed, but more are underemployed, and more are surviving hand to mouth.

The concept adopted by trade unionists about work-life balance has been seized upon by some employers to break continuity of employment whenever they can.

Unemployment figures are reduced by creating self-employed who receive government subsidies, sowing confusion in workers’ thinking. 15 per cent, 4.5 million of the 30 million workers in Britain, are now deemed self-employed, the highest figure ever.

Overtime – voluntary and enforced – as well as agency, locum and bank working are all mechanisms whereby workers clutch at more hours, because we have failed to fight for higher wages.

Like hamsters on a treadmill we run faster and faster to stand still. Get off the treadmill, ditch capitalism.