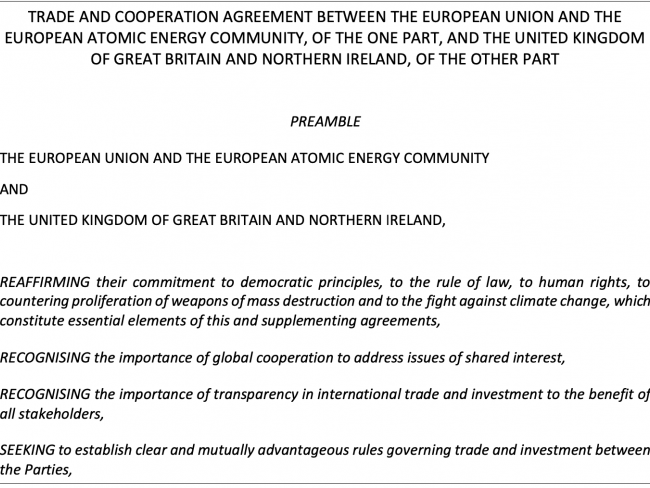 Whatever the limitations of the final Brexit agreement negotiated by Britain with the EU – and there are certainly a good few – it is now blindingly obvious that the EU has never been happy with it.

It had thought it could browbeat Britain into a fake Brexit where we would remain bound by the terms of its single market and still under the thumb of its European Court of Justice. But Britain’s firm stand called the Brussels bluff, and in the end it had to settle for what is, in essence, the independence of a former member state.

International agreements are meant to be followed in both letter and spirit. But the EU has shown it has no intention of doing this. The first month since the Trade and Cooperation Agreement entered into force saw a host of minor and major attacks on the cooperation and transparency the EU was supposed to have pledged itself to.

We have seen the extraordinary – if short-lived – invocation of Article 16 of the Northern Ireland Protocol. A ban on British sausages being sold in Northern Ireland. Even the sequestration of a ham sandwich from a truck driver.

Meanwhile, containerloads of British pork have been held up for weeks because of over-complex customs forms, and the export of live shellfish to the EU has been stopped.

We can expect that spite to intensify with every success Britain notches up. All of which raises the question: If the EU has been negotiating in bad faith, why have an agreement at all?