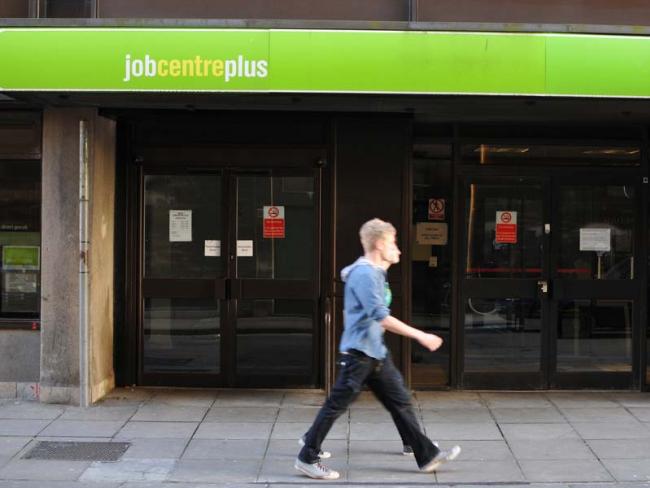 Workers across Britain need to think hard about the new figures from the Office for National Statistics which show the scale and effect of the EU’s movement of labour on Britain. Last year more EU migrants found work in the UK than Britons.

The latest data demolish the ideologically motivated belief of those encouraging migration that it has no effect on wages. It clearly does, especially, according to the figures, in low-paid jobs.

Some workers are already thinking about it. But many are sticking their heads in the sand. Many trade unions, and most politicians – in particular in the Labour Party – refuse to even talk about it.

But the facts are staring everyone in the face – at least, in the face of anyone who cares to look. The number of non-UK nationals from EU countries working in Britain increased by 283,000 last year to reach a record 1.91 million.

Supply in the labour market is rocketing. No wonder the price of labour – pay – has gone down over the past few years, particularly in the low-paid areas where most migrants work (despite an overall average uplift this year, though that takes in the likes of bankers’ salaries and bonuses too).

The Bank of England’s latest quarterly Inflation Report, issued on 13 May, confirmed that net inward migration from European countries was having “an impact on wage pressures”. The ability of workers from abroad to search for jobs before coming to Britain “could make wages less responsive to domestic labour market pressures”.

“The overall potential supply of labour has been greater than previously assumed.”

The Bank’s latest quarterly Inflation Report noted: “High net inward migration in the past two years means that population growth and the overall potential supply of labour has been greater than previously assumed.”

Official statistics yesterday showed the biggest increase in workers had been from migrants from eight Eastern European states including Poland, the Czech Republic and the Baltic States up by 15.7 per cent rise – from 803,000 to 929,000 – over the past year.

The number of Romanians and Bulgarians working in Britain also increased by a third, to reach 173,000, in line with predictions last year from Migration Watch that were dismissed as “scaremongering” by LibDem Danny Alexander, at the time Chief Secretary to the Treasure but now unemployed after losing his Westminster seat.

Workers in Britain also need to consider another issue: the so-called “right” of people not to retire. Because it is now clear that another factor also boosting labour supply, and thereby lowering wages, is a rise in the number of older people seeking work or staying in work. This effect will worsen as the retirement is hiked up towards 70.

Mark Carney, the governor of the Bank, said, “These positive labour supply shocks have contained wage growth in the face of robust employment growth. Wages have grown by around 2 per cent in the past year – less than half the average rate before the global financial crisis –and a key risk is that these subdued growth rates continue.”

Gerwyn Davies, an adviser at the Chartered Institute of Personnel and Development, said: “The increased supply of workers, especially older workers and EU migrants, means that employers are under little or no recruitment pressure to boost pay growth. Until this supply begins to diminish, employers will be under little pressure to increase starting salaries and, even then, we still have some way to go to see wages significantly exceed living costs.”

In fact, the potential supply of labour is effectively much larger than the number of people in Britain who are looking for work. The “reserve army of the unemployed” is no longer national – it is the whole of the European Union.

One of the factors mentioned by the Bank of England in encouraging migration is that migrants can secure job offers before coming here, because hundreds of thousands of jobs in Britain are being advertised online across the EU.

As the Bank noted in its Inflation Report: “If potential employees currently not resident in the United Kingdom, but available for work here, can search for jobs from overseas that could make wages less responsive to domestic labour market pressures. Consistent with this, the number of migrants arriving that already have a UK job has increased in recent years.”

In a speech in July last year Prime Minister Cameron said he would stop the EURES online scheme, which was advertising more than 500,000 jobs across the EU. On 13 May, there were nearly 180,000 jobs in Britain still being advertised on the site.

For those unfamiliar with the EURES scheme, it holds information on jobs available in the European Union and is run by the European Commission at no cost to employers or job seekers.

Why is the EU encouraging labour mobility? In its own words, it says one reason is “to provide impetus for change in a competitive global economy”. But part of the reason is clearly political rather than economic. Another is that “a greater degree of mobility between Member States will also foster closer political integration in the EU”.

It seems a lucky coincidence that these statistics have entered the media after the general election. The pressure to come out of the EU and prevent wholesale mass migration into the country must be stepped up.