Britain - the brains behind NATO 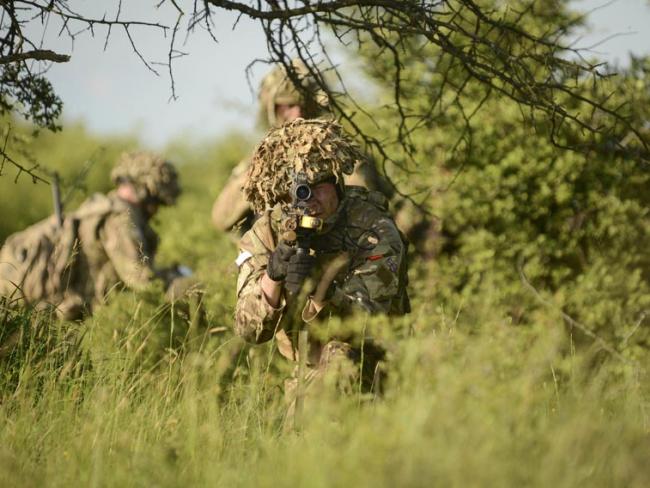 NATO may owe much of its military muscle to the US, but it was the brainchild of a Labour government. And now Boris Johnson is using it to further British imperialism’s global ambitions…

As this issue of Workers goes to press, NATO leaders are meeting in Madrid for a summit where they intend to map out a strategy for the next decade. Whether or not they succeed, the summit will mark a new era for the organisation with the first attendance at the meeting by a Japanese prime minister.

What on earth is Japan doing at a summit meeting of a body that gets its title from the Atlantic Ocean and which has historically focused on Europe? One answer can be found in a speech by Boris Johnson to the annual Munich Security Conference on 19 February.

“If Ukraine is invaded the shock will echo around the world and those echoes will be heard in East Asia and they will be heard in Taiwan,” said Johnson. “When I spoke to the Prime Ministers of Japan and Australia this week, they left me in no doubt that the economic and political shocks would be felt on the far side of the world.”

It was a thinly veiled call for NATO to expand its influence to the east. And it was not the first time that Johnson has called for engagement in the Indo-Pacific region. That idea looms large in the Global Britain policy that his government has been pushing for since it came to power.

And it’s not just the Japanese prime minister, Fumio Kishida. The foreign ministers of Japan, Australia, New Zealand and South Korea are all due in Madrid for the NATO summit.

Julianne Smith, the US ambassador to NATO, backed up this new focus eastwards – taking her cue from Johnson – with a speech on 1 June published by the US Department of Defense highlighting the need to consider the challenge of China as “part of the strategic concept”.

Johnson’s Munich speech came just nine days after a mind-boggling piece in The Guardian newspaper by Labour leader Keir Starmer. Calling NATO “a defensive alliance that has never provoked conflict”; Labour’s commitment to it, he said, was unshakeable.

But it was Starmer’s opening paragraph that really stood out. He hailed NATO as a legacy of the post-1945 Labour government under Clement Attlee that “stands out on the world stage” and which had brought “three-quarters of a century of peace”.

He ignored NATO’s role in the brutal, bloody break-up of Yugoslavia, including its aerial bombing campaign in 1999; France’s murderous war in Algeria (the territory had been explicitly part of NATO since the alliance was formed) in the 1950s; the bombing of Libya in 2011; and Turkey’s invasion of Cyprus in 1974. Not to mention the Cod Wars in the 1950s and 1970s between Britain and Iceland.

And in a vivid demonstration of what democracy means to Starmer, he suggested to Times Radio on 3 May that Labour MPs who did not voice “unshakeable support” for NATO would be expelled.

No wonder Johnson, under siege from all sides over so many issues, felt emboldened to announce, as he did on 6 June, that long-range rockets are to be sent to Ukraine – despite the risks to peace: on the involvement of NATO in Ukraine, there is no official opposition in Westminster.

‘Little wonder that the besieged Johnson felt emboldened to send rockets to Ukraine, as he did on 6 June. There is no official opposition in Westminster…’

The SNP, too, is firmly wedded to NATO; support for it has been SNP policy since 2012. On 16 May this year Sturgeon told an audience at the Brookings Institution in Washington DC that she was “even more firm in her view today” that membership of NATO, along with EU membership, would be a “cornerstone” of security policy.

A few years ago it almost seemed as if NATO were destined for the rubbish bin of history. Donald Trump was in the White House. His main interest in NATO was that the US’s allies should shoulder more of the financial burden involved; his tenure saw the US’s contribution to its budget fall from 22 per cent to 16 per cent.

The NATO hawks, Britain among them (as ever), have, over the past decade or longer, tried every trick, every manoeuvre, to use Ukraine to get at Russia. Finally this has succeeded.

Now Russia’s invasion of Ukraine has given NATO a new lease of life. In previously unimaginable developments, for example, both Sweden and Finland have applied for membership. And Denmark has dropped its 30-year opt out from taking part in EU security policy. Reaction breeds reaction.

And the more Russian premier Vladimir Putin says that territorially, under the Soviet Union, “Russia was robbed”, as he did in a long essay published on the Kremlin website in July 2021, the easier NATO finds it to stir up feelings of insecurity in the countries bordering it.

Nor does it help when Putin talks, as he did in a televised address on 21 February this year, of “our compatriots in Ukraine” (the English is from the official translation). Or of “outright pillage of Russia”. (He’s talking about the creation of states such as Ukraine, not the actual pillaging of Russia post-1989 by Putin’s ex-KGB friends.)

But it’s clear to see where he’s coming from. He blames Lenin, explicitly: “…modern Ukraine was entirely created by Russia, or more exactly, by Bolshevik, Communist Russia,” he said. On this one point Putin and NATO, Johnson and Starmer, Biden and Trump, all agree: whatever the issue, blame communism.

As the situation becomes more and more dangerous, with the threat of war spilling over into other countries, there is nothing the British working class can do about Putin. That, as we have said, is a matter for the workers of Russia.

NATO, on the other hand, is a problem we could and should deal with. Our task is to get Britain out of it. And by doing so we would be doing not only ourselves but workers everywhere a service.

Labour's lethal legacy
No to the war machine!
Why Britain should leave NATO
British military aid floods into Ukraine
Britain out of NATO!