Skip to main content
Home » News/Views » Britain out of NATO!

Britain out of NATO! 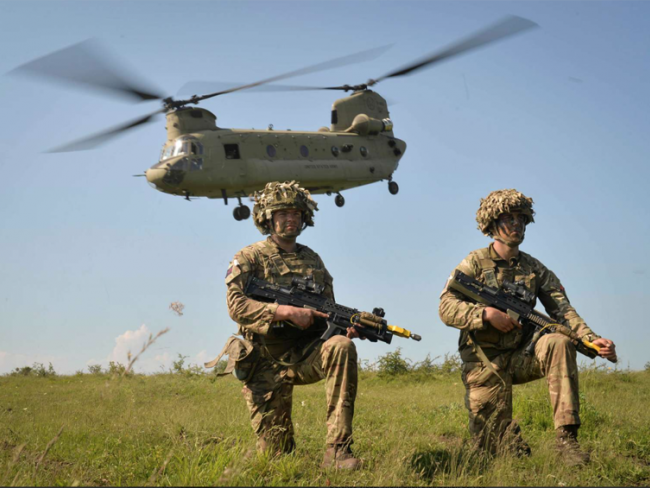 “This is not the 1930s, with the European powers egging on Nazi Germany to destroy the Soviet Union. It’s more like 1914: imperialist war to divide up the spoils of the entire planet,” we said in our Party’s 2021 Congress in November. Imperialist war is now unfolding before our eyes.

Imperialism is not some old, out-of-date concept from history. It is dying capitalism in its most predatory stage, when finance capitalism dominates, with intense rivalries between capitalist blocs. Fierce competition for markets, resources and territory – the new term is “globalism” – with its massive export of capital, leads inevitably to armed conflict.

All imperialisms are to blame for the present war in Ukraine. Russia’s invasion is one side of the story. But Nato has stoked the fires too, treating Ukraine as a more or less willing pawn in its own bid for greater power.

What did Nato think would be the response after Ukraine incorporated into its constitution a policy of joining Nato (one of the last acts of the government led by the oligarch Petro Poroshenko, whose motto was “military, language, faith”)?

And our first responsibility, the first step in this struggle, is to call for Britain to leave Nato, a call so far avoided.

Led by the US but functioning as the military wing of western imperialism, Nato is a war machine which aims to bring any nation state seeking independence to heel. Britain has no business being a member.

The history of Britain’s involvement with Nato is littered with brutal destruction, intense suffering, and war. Iraq, Afghanistan, Libya, the Balkans. The list is long. The best and most immediate contribution to peace that workers can make is to force Britain to leave Nato.

What workers must do

Calls for peace alone are futile. Demands for ceasefires or negotiation leave the initiative with imperialist diplomacy, both open and secret. They are calls for governments to do something, avoiding the requirement for workers here to deal with our own ruling class.

War and the threat of war will continue as long as imperialisms compete to divide up the world. Only the overthrow of imperialism can usher in peace for Britain and the world.

War abroad and war on workers at home go together. Here, we fought against the dictatorship of the EU bloc and won. But the struggle for independence is not over. It continues on many fronts, with the battle for food, energy, industrial and technological security – and crucially, in the midst of war, the fight to leave Nato.

Britain out of Nato!

Switzerland tilts towards NATO
Britain - the brains behind NATO
Labour's lethal legacy
No to the war machine!
Why Britain should leave NATO