Britain must keep out of Ukraine 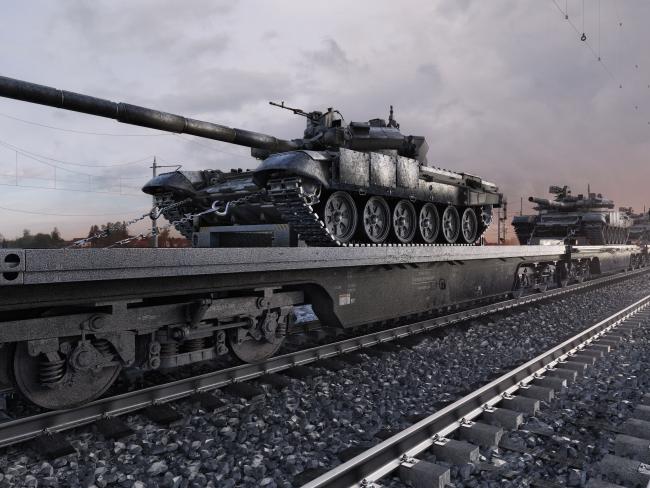 Imperialism always carries with it the danger of war. When imperialism is in crisis the world becomes a more dangerous place. We’re seeing this now. Russian troops have moved into eastern Ukraine, and the situation has become increasingly volatile.

A febrile atmosphere has been created in which even the smallest spark could set off a massive conflagration. Like playground bullies, NATO (primarily the US and Britain) and Russia have been squaring off, roaring threats and trading insults. All are to blame.

In all this, the particular responsibility of the working class in Britain is clear: it is to fight for peace and seek to stop attempts to drag this country further into the mire. The CPBML denounces the British government’s warmongering – a sign of things to come as it implements a “defence” strategy to take military power all round the globe.

We have previously said that the fall of socialism in the Soviet Union would lead to the untrammelled establishment of capitalist trading blocs, and that trading blocs can become warfighting blocs. That is now happening.

The answer, we say in our 2021 Congress statement, lies at home: “The politics of opposition to war must be seized by the same people who, against establishment opposition, forced us out of the EU: the honest, concerned mass of working people.”

The beleaguered Johnson government, supported by the Labour Party, has been playing its irresponsible part in the crisis, stoking up the danger of war in Ukraine by sending in heavy weapons and covert forces, by a disinformation campaign, and by rejecting diplomatic efforts to resolve the conflict.

The withdrawal of British embassy staff from Kiev, announced on 24 January, was yet another cynical attempt throw fuel on the fire. As was the claim by the Foreign Office over the following weekend – without producing any details – that Russia was planning a coup in Ukraine.

The propaganda war waged by Whitehall fits perfectly with the government’s “Global Britain” strategy – while distracting from the government’s multiple failures. Notably, it distracts from the failure to take forward the cause of Britain’s independence. (And it also feeds into the fake narrative that roaring inflation here is the result of tensions in eastern Europe.) It’s a risky game to play.

British military aid floods into Ukraine
Britain out of NATO!
Stay out of Ukraine!
Ukraine garners US support as it talks about invading Crimea
The psychological toll of Ukraine's war