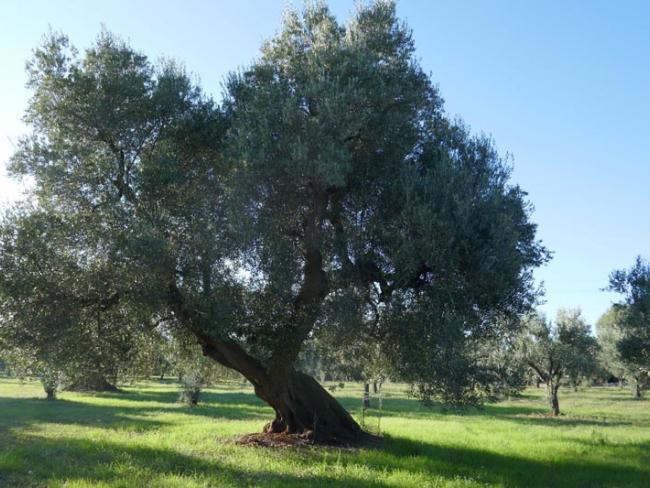 Olive grove in Puglia, Italy, where millions of trees have been damaged by Xylella. Photo Workers.

Britain is refusing to give way to an EU instruction that it must reverse a government decision in April this year to enforce stricter regulations on the importing of some plants and the banning of others.

The listed plants, which include olive, rosemary and lavender, pose a serious risk of bringing in dangerous bacteria such as Xylella fastidiosa, which is devastating European olive groves in countries including Italy. Many venerable ancient olive trees there have had to be cut down and destroyed, and the infection is spreading.

The European Commission immediately reviewed the April decision by the Department for Environment, Food and Rural Affairs (Defra) and in June judged it to be “not supported by the most recent scientific justification” and “disproportionate” – and ruled that Britain must overturn its policy.

The EU’s attitude is that under European law, which still applies during the Transition, Defra has received its orders and must obey.

But Britain has not received the ruling lying down. Defra minister Lord Gardiner said in July that his department had “intensified our surveillance, inspection and testing regime [in order to] make it absolutely clear that we are not changing our position”.

Defra issued a statement saying it disagreed with the EU decision, that the biosecurity threat of Xylella has not changed, and that its reasons for imposing the stronger restrictions have not altered.

It says it will review the conclusions from the Commission but will continue to apply the restrictions in the meantime, as “Protecting UK plant biosecurity and maintaining our ongoing robust approach remain our top priority.”