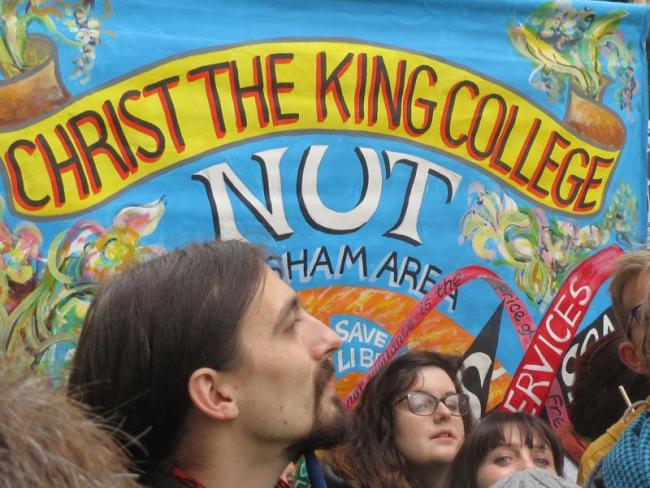 The National Union of Teachers (NUT) has launched a funding campaign for the sixth-form sector, and is balloting members in sixth-form colleges for a one-day strike to coincide with a national demonstration in March.

The union is also proposing a national campaign of parental and public engagement leading to a national demonstration combined with the strike.

The move is a response to huge pressure on the sector, which has seen even larger cuts to age 16-19 funding than those faced by schools, with threats to pay, working conditions and employment. And students in this extremely successful sector are facing setbacks to their education.

Funding for 16-19 year olds already fell by 14 per cent in real terms under the coalition government. The Sixth Form Colleges Association says that 72 per cent of sixth-form colleges have already dropped courses – and 81 per cent have increased class sizes. And some sixth-form colleges are set to lose even more of their funding once protection against losses caused by the funding formula introduced in 2013 is withdrawn at the end of 2015-16.

The ballot has just begun. The NUT says it is vital to put pressure on ministers and MPs to tackle the post-16 funding crisis, including exempting sixth-form colleges from VAT on goods and services, as schools and academies are – VAT costs the average college around £300,000 a year.

• A longer version of this article is available here.