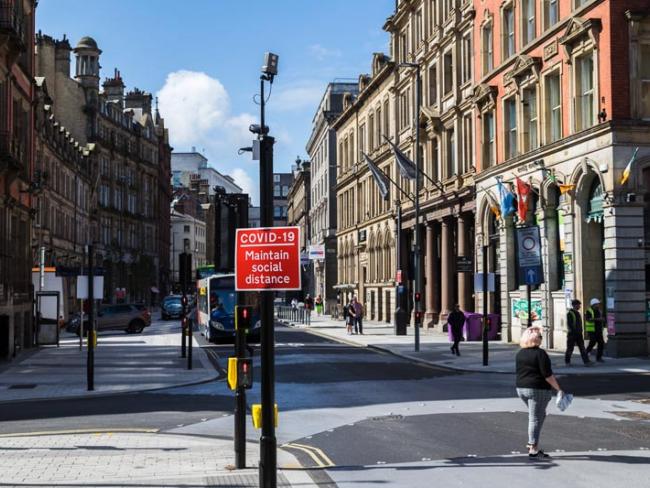 The news that Liverpool is to enter Tier 2 when the current restrictions end this week is a challenge to the government’s default top-down, we-know-what’s-best-for-you approach to dealing with the pandemic.

The city has been enabled to reverse the trend of the virus by using local expertise flexibly, ensuring popular buy-in to a bespoke package for their own community, taking responsibility for their own wellbeing.

The turnaround is dramatic. Back in October when Liverpool was placed in Tier 3 measures, the infection rate stood at over 700 per 100,000, the third highest spike in Europe. Latest figures (published on 30 November) have the rate at 99.4 per 100,000 and falling,

A number of interventions have combined to make this possible. A financial relief package was hammered out in the space of three days between mayor Joe Anderson’s office in Liverpool and senior government advisors, in sharp contrast to the protracted grandstanding by other “mayors” eager to keep their profile high.

A city-wide system of mass testing was introduced, with logistical support from the army, but it was the involvement of key local players that made the difference. In areas where take up of the testing was lower, eight additional pop-up testing sites were set up, and local councillors went door-to-door encouraging people to overcome their reluctance and get tested. Those centres were up and running within hours.

The University of Liverpool’s health and life science department has been working with the Department of Health and Social Care to oversee the testing, and has been given free rein in designing the entire testing regime and analysing the data to inform the next steps.

A programme is also in place to avoid the isolation of those who have no symptoms but are a close contact of someone who’s tested positive.

The city’s Public Health Director, Matt Ashton, acknowledges that it is the people of Liverpool who have embraced the challenge that the virus poses. “Our success is a result of good access to testing, good contact tracing and our communities supporting people to self isolate,” he wrote in the Liverpool Echo.