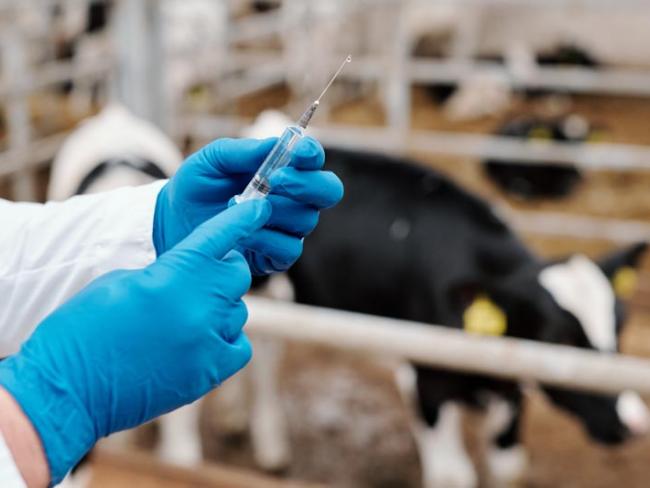 During the pandemic the government promised strategic investment. Now it’s walking away from it…

Tenders are now open for the construction of the new Veterinary Vaccine Manufacturing Innovation Centre at the Pirbright Institute in Surrey. On the face of it, that’s good news for Britain, helping researchers to stay ahead of threats to animals – and to people from animals – from new diseases.

It’s one result of the government’s apparent conversion to planning and the development of a national capability to design and produce vaccines, born of bitter experience at the height of the Covid-19 pandemic. It should be completed in 2025.

And it couldn’t be sited at a better place. The Pirbright Institute, formerly the Institute for Animal Health, has been going for over a century, and has a superb track record. It is the UN Food and Agriculture Organization’s reference centre for foot-and-mouth disease.

But at the same time its companion laboratory dealing with human health, the Vaccine Manufacturing Innovation Centre (VMIC) at Harwell, near Oxford, has been hived off to the private sector.

The sale of VMIC and other developments, strongly suggest the government is ditching its dalliance with the planned economy and the idea that the health of the nation is an aspect of national security. In that light, how long a future will the veterinary centre in Pirbright have?

Despite protests, including from local MPs, the government sold off the Oxford VMIC at the start of April. It is now in the hands of a large US company, Catalent.

From its inception in 2018 the VMIC combined investment from government with funding and support from Janssen, the Belgian-based arm of US corporation Johnson and Johnson, and from two other US companies, GE Health and Merck Sharpe and Dohme. So commercial and foreign investment are not new.

But if its announcements are anything to go by, Catalent seems prepared to put vaccines development on the back burner. The company says it will invest £120 million in the VMIC to complete its building (it’s not yet fully open) to develop and manufacture “biologic therapies and vaccines”.

‘The government is ditching its dalliance with the planned economy…’

Catalent president Mike Riley’s press release announcing the purchase did not mention vaccines at all. He spoke only about “a facility that provides opportunities to transform innovation into real treatments for patients across the United Kingdom, Europe, and beyond”.

Vaccines are not therapies, treatments for a disease, but protection against disease. Although Catalent has a track record in producing vaccines it has a longer one in making biologic treatments (a biologic is produced in or from a living organism, often using DNA technology).

And this rowing back on commitments given during 2020 and 2021 is not unique. It follows the government’s abandonment of vaccine manufacturer Valneva’s new facility in Livingston, Scotland, when it cancelled an order for millions of vaccines.

That abandonment came while clinical trials of Valneva’s new Covid-19 vaccine were still under way – and just weeks before the trial results showed that it worked exceptionally well. Having backed it at first, the government simply dropped it for no better reason than to save money.

The Valneva decision, said the former UK vaccines taskforce leader Kate Bingham in a lecture at Oxford University, set aside “the need to build resilience in the UK in pandemic preparedness capability through a new flexible state of the art manufacturing plant, able to manufacture vaccines of any format as might be needed, including flu vaccine.”

“The result of contract termination was that these plans were instantly put on hold, discussions for supplying the EU were paused and 100 plus new jobs immediately lost,” said Bingham, adding, “Government alleged a breach of contract, apparently as a means to avoid paying for the costs incurred up to that point, costs incurred at the request and for the convenience of the government. Some might consider this behaviour as acting in bad faith.”

Ironically, the Valneva vaccine has now been approved by the UK Medicines and Healthcare products Regulatory Agency, the MHRA. Like the AstraZeneca/Oxford vaccine, it does not need to be kept at ultra-low temperatures.