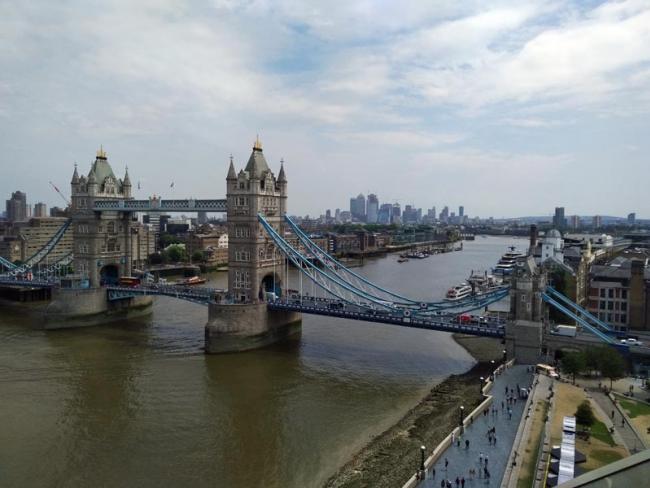 Looking across to the office blocks of Canary Wharf from London’s South Bank. Photo Workers.

The planned breakup of Britain continues apace, and takes many forms. It's not just the Scottish National Party’s plans to break Scotland away from Britain, thus overturning the 2014 referendum (and keeping Scotland in the EU, overturning the Britain-wide 2016 referendum) – the internal breakup of the country is under way, and with no democratic mandate.

Last week devolution in South Yorkshire became law, and in London attempts to devolve spending plans for the nation’s capital to the mayor are now being mooted.

Speaking to the Transport Select Committee, London mayor Sadiq Khan suggested that the government should consider giving the capital freedom to spend its own tax takings to fund Transport for London (TfL).

TfL’s current £1.6 billion bailout, agreed earlier this year, will only cover the network’s finances until 17 October. A new deal needs be agreed. “The government has two options really, looking at how things are done around the world. One is for them to give us a grant for the short or medium term to cover the fact that we cannot get the level of fares in at the moment. The second is proper fiscal devolution,” said Khan.

Khan also noted a report commissioned by Boris Johnson when the current prime minister was Mayor of London, which he said was a “good template” for fiscal devolution. The FT reports that an independent panel of experts has been commissioned by TfL to review its funding options.

This might sound innocuous, sensible even, but to devolve full financial powers for the country's capital city to its Mayor would be a retrograde step playing to the chorus of leaders of would-be city states, rather than the people, who want a strong national government, with a national capital worthy of the name.